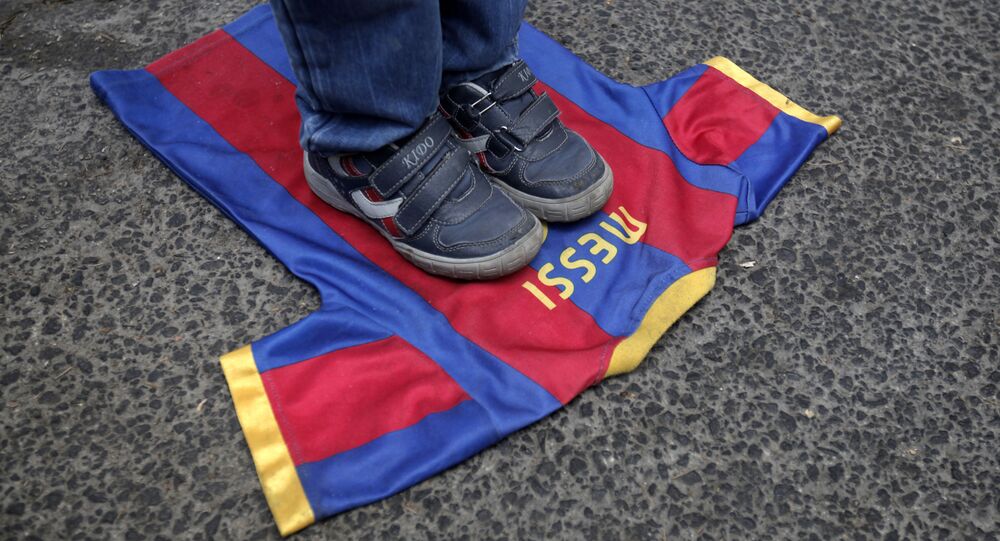 Argentina Drops Friendly With Israel Amid 'Threats' to Messi, 'Provocations'

Strong Palestinian pressure has forced the cancellation of Argentina’s warm-up game against Israel in Jerusalem as political pressure mounted ahead of Saturday’s scheduled fixture.

In an announcement on Wednesday, the Israeli Embassy in Buenos Aires explained the decision by saying that there had been unspecified “threats and provocations” allegedly made against the Argentine squad’s star player Lionel Messi.

Ahead of the demonstration meeting at Jerusalem's Teddy Kollek Stadium the Palestine Football Association chief Jibril Rajoub urged fans on to burn pictures of Messi and replicas of his shirt if he played in the game.

© CC0
Messi in Jerusalem: Just Football or Political Trick by Israel?
In a letter to the Argentinian Football Association President Claudio Tapia, Jibril Rajoub said Palestinians did not want to see the game played in Jerusalem and said that Israel was using the event as a “political tool.”

The Palestinian Ambassador to Buenos Aires, Husni Abdel Waheben, has warned that after holding a football match in Jerusalem on June 9, the Argentinean team will become "an accomplice to the violation of human rights and the occupation of territories."

The game was originally scheduled to be played in Haifa but Israeli authorities later arranged it to be moved to Jerusalem, thus adding to Palestinians’ anger and frustration over last month’s opening of the US Embassy in the city part of which they claim as their own capital.

Most countries do not recognize either Israel's or the Palestinians' sovereignty in Jerusalem and have embassies to Israel in Tel Aviv.

The status of Jerusalem is disputed in both international law and diplomatic practice and is one of the most intractable issues in the Israeli-Palestinian conflict.

Professor Explains Why US Embassy in Jerusalem Unlikely to Advance Peace