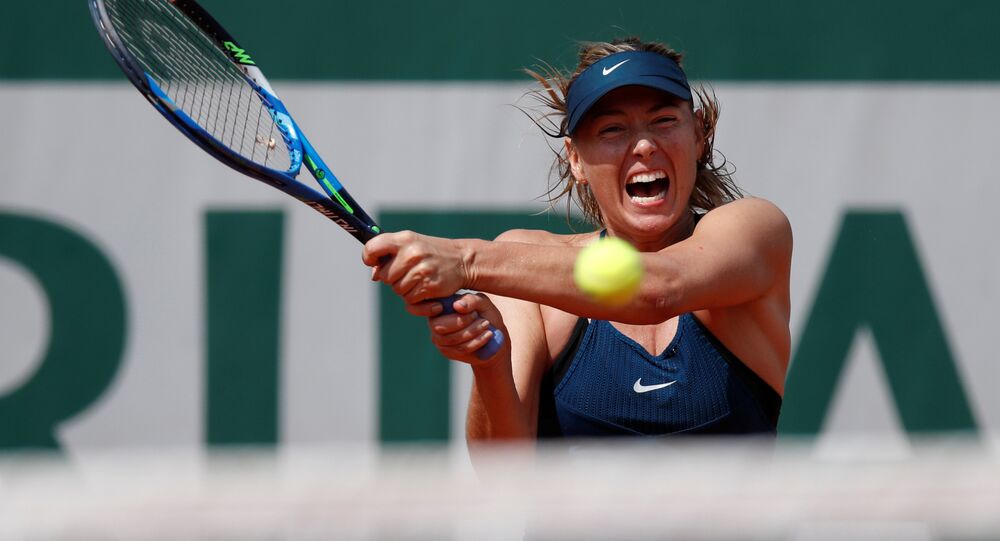 Competing in the third round of the French Open, Maria Sharapova has shared some pictures on her Instagram page in the wake of a tough match against Donna Vekic from Croatia.

The caption "Dress thoughts?" instantly provoked plenty of reactions, with Maria’s fans sharing their enthusiasm about not only the way the tennis player looked yesterday, but also the outcome of her match and her prospects in the tournament at large.

"Gorgeous," wrote one Instagram user, while another one continued: "Dresses automatically become beautiful when you wear them!! Dresses don’t look good on u but u look good on dresses."

Love the colour of Sharapova’s dress 😍 Nike have really done an amazing job for this Roland Garros!!!

Many rushed to wish her all the best in the upcoming games:

Sharapova looks determined to beat her opponents and get her first Roland Garros campaign in the past three years back on track, seeking a third title. She has already gotten the ball rolling, having beaten Croatian player Donna Vekic 7-5 6-4 in yesterday’s tense match. Sharapova is now due to face Karolina Pliskova, the sixth seed at the French Open.

The level in the last game was 🔥🔥 pic.twitter.com/kHFBlVjn3C

In the spring of last year, Sharapova had recovered from a 15-month doping scandal, but it had still taken about a year to reinstate her rank to qualify for the landmark tournament. Sharapova is currently back in the world's top 30, seeded 28th at Roland Garros.