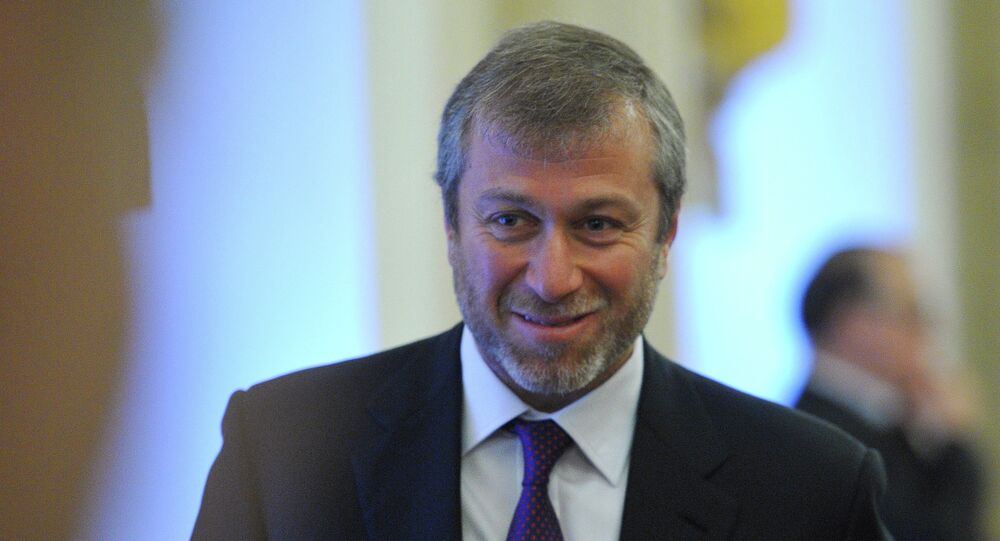 Twitter users have rushed to react to Zenedine Zidane’s unexpected resignation from Real Madrid FC just minutes after he announced his decision. Amid regrets and praises, the name of Roman Abramovich, a Russian billionaire and order of Chelsea FC, keeps popping up a lot.

The coach of the Spanish Real Madrid football club, Zinedine Zidane, has announced his decision to leave his post, but hasn’t given any clear details whether he will continue his career. Although he stated that he wasn’t going to head any club right now or wasn’t searching for another job, many commentators didn’t seem to believe it.

The fact that one of the most successful coaches in history, who secured a record-breaking three consecutive victories during the European Champions League tournament, is a “free agent” now, has kept Twitter users on their toes. Many of them immediately compared the football superstar with another big name of European football – the owner of Chelsea Football Club and Russian billionaire, Roman Abramovich.

The fact, that Chelsea FC announced that it had put its new stadium project on hold the same day Zidane parted with Real seems no coincidence to them as they debate whether Russia has been meddling in these affairs.

Zidane resigns from Real Madrid & Roman cancels all his plans regarding stadium? Told you guys few days ago that Roman will throw his cheque book at Zidane to be at Chelsea. All speculation but imagine if it happened. 😁 #CFC

How much did Abramovich offer Zidane to convince him to leave is job in Madrid?

​Others predict that Abramovich won’t miss a chance…

Roman Abramovich seeing that Zidane is free for hire… pic.twitter.com/o0Jx6EA5PY

When a man With such an incredible record has no job, are you thinking what Roman Abramovich is thinking? pic.twitter.com/yYpXTw1jc4

​…and  urge him to act fast and bring Zidane to Chelsea.

Zidane the greatest player in the history of the game and one of the few great managers that Chelsea haven’t hired AND fired!

Go get him Roman! #CFC

Hello Roman Abrahimovich, Zinedine Zidane don resign…Don't wait to be told what to do…
😁😁😁😊😊😊😊😊😊😊😊

If Roman Abramovich pulls a madness and gets Zidane and CR7, I'm turning into a London lad and leaving that mess in Manchester

Zidane really knows how to leave on a high, when d ovation is loudest!!!!! Hoping Roman can lure u to Chelsea

Ok Roman — Zidane is now available. Go get him