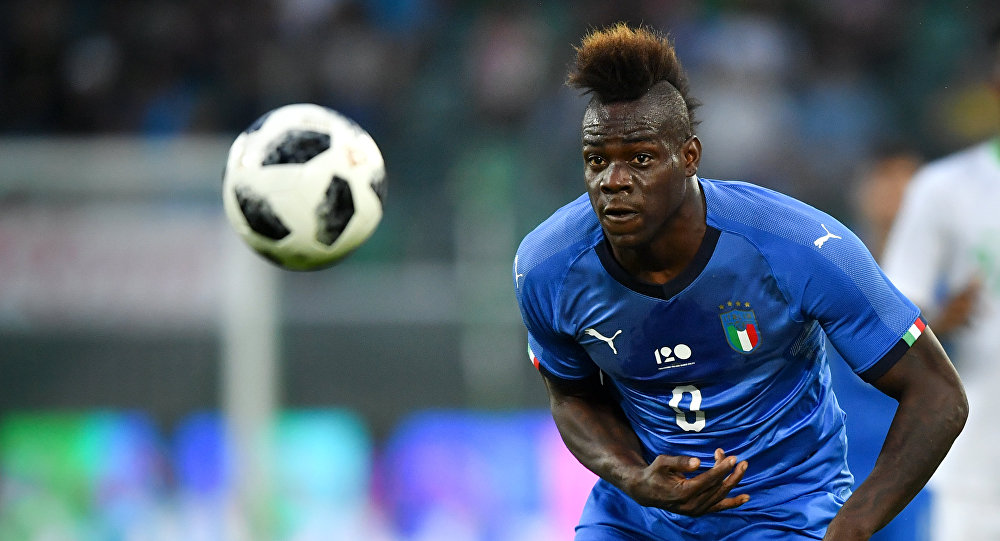 Italian fans put up a nationalist banner on a pitch-side wall during Italy’s 2-1 win over Saudi Arabia on Tuesday in Switzerland.

The banner was aimed at offending Mario Balotelli in his comeback game for Italy.

The slogan “My captain is of Italian blood” in Italian was seen during the match and racism campaigners highlighted the offensive banner on social media.

The slogan was aimed at offending Balotelli’s African origins.

​The football star played for the Italian national team for the first time in four years. Balotelli scored the opening goal with a powerful shot in his first game since the 2014 World Cup.

Balotelli did not stay silent after noticing the banner and took to Twitter, posting an image of the poster adding his own message, “We are in 2018 guys. Wake up!”

​Many anti-racism campaigners praised him for highlighting the racist banner.

The anti-discrimination group Fare wrote on Twitter: “Well done to Mario Balotelli. Standing up to racism in Italian football once again.”