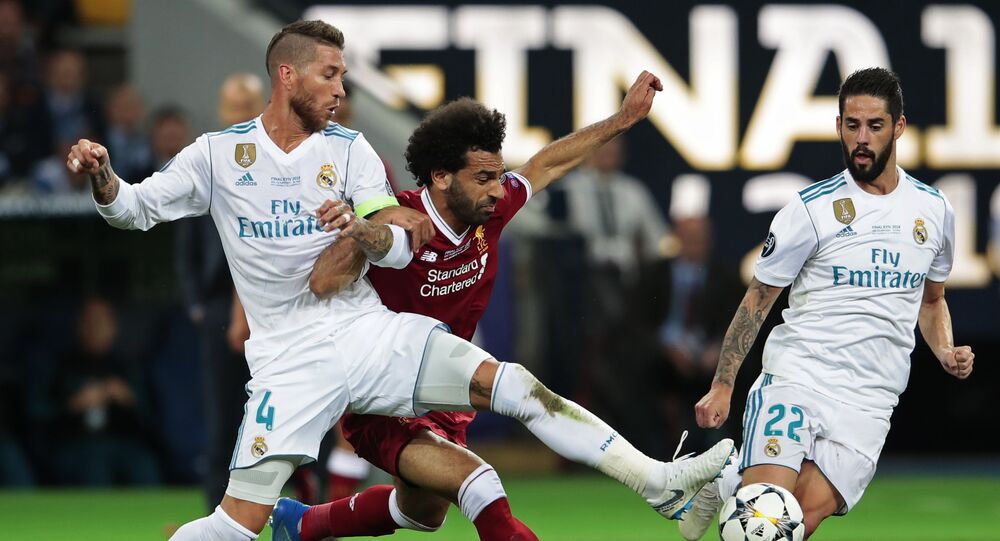 Thousands of people have signed a petition demanding punishment for Real Madrid’s captain Sergio Ramos following the Champions League final on May 26.

Ramos injured Liverpool’s top player Mohamed Salah by grabbing his arm and hauling him to the ground. Salah suffered a dislocated shoulder and had to leave the match after just 26 minutes.

A petition has since been launched on Change.org demanding punishment for Ramos, as many people felt the injury was done intentionally in an attempt to send off Liverpool’s star striker.

At the moment the petition has been signed by 327,400 people and the number continues to rise.

The petition is directed towards the Union of European Football Associations (UEFA) and the International Football Federation (FIFA).

​Petition supporters point out that Ramos intentionally injured Salah and in their opinion, he set a terrible example for future generations of players.

​It was noted that Ramos is known for using dirty tricks to help win matches. This, they write, violates the spirit of football.

​Liverpool forward and player for Egyptian national team Mohammed Salah took to Twitter to update fans on his condition.

He said that despite the injury he will go to the World Cup in Russia, and hopes to recover soon.