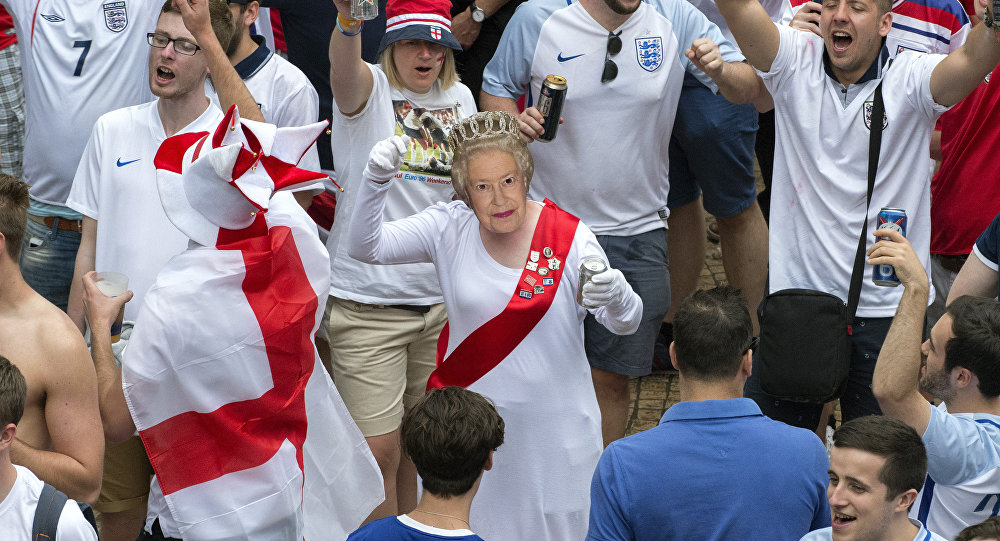 A supporter of the English national football team David Rogers traveled to Moscow and St. Petersburg with his wife in 2017 and "loved it." When his son mentioned he also wanted visit Russia, David decided to combine travelling and seeing England play in the World Cup tournament this summer.

"My middle son Christopher is a keen traveler. The World Cup gave us the opportunity to do two things we both enjoy."

David has booked tickets to see the Three Lions, as the English squad is referred to, play against Panama in Russia's city of Nizhny Novgorod.

"This will be my son's first World Cup game and my second abroad. In 1982 on my honeymoon in Spain I took my wife to see Russia v Scotland (2-2). Although she enjoyed it, that was her first and last football match," David told Sputnik. 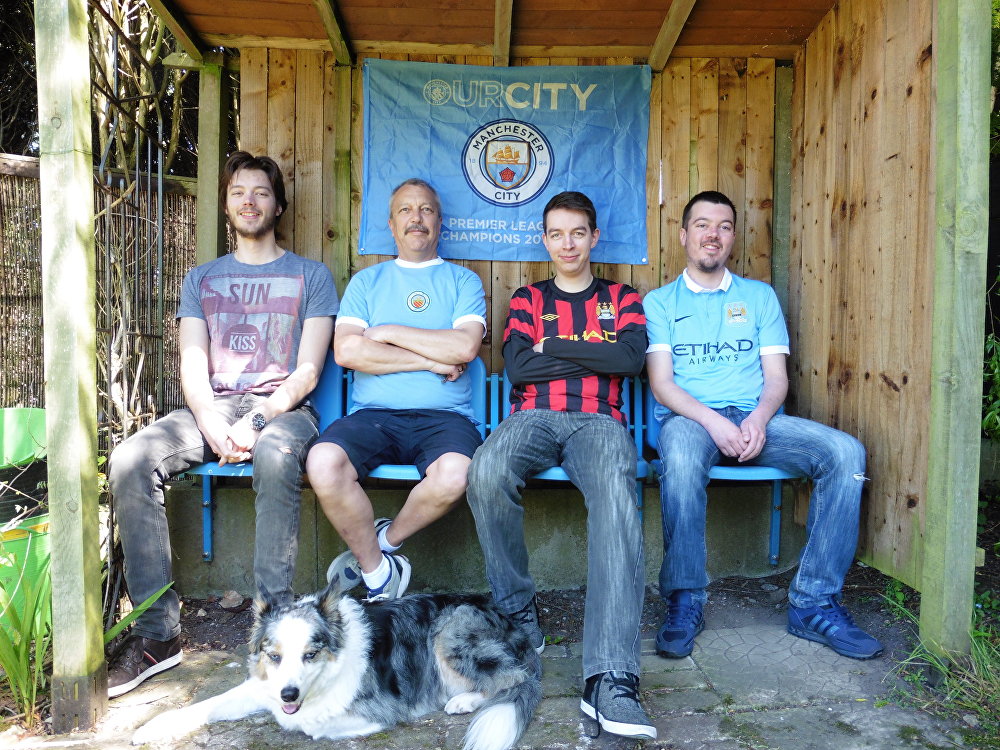 © Photo : David Rogers
David Rogers and his sons pose for a photograph

He believes England will advance past the group stage but says it will be Germany who will claim the trophy in the finals.

Having a rich domestic league, England is largely expected to do well when it comes to football. However, in recent major tournaments England hasn't succeeded, exiting the 2014 World Cup at the group stage and losing to Iceland in the round of 16 at Euro 2016. During the World Cup in Russia, the Three Lions will face Belgium, Tunisia and Panama during Group G games.

On May 16 England manager Gareth Southgate has whittled down his squad to a 23-man group.

The wait is over! Here it is, our 23-man squad for the 2018 World Cup in Russia. #ThreeLions Support the nation, support your local. #EnglandSquad pic.twitter.com/XyP0tCmeYJ

David told Sputnik that for England, the best players are forwards Harry Kane and Raheem Sterling, as well as defender Kyle Walker. The odds of England winning, as predicted by the bookies, are around 16/1.

Can't wait for my first @FIFAWorldCup. Excited to meet up with the lads and get started.🦁🦁🦁 #ThreeLions #England #WorldCup pic.twitter.com/0SvRKcVLmY

Amazing feeling to be named in the @England squad, for this summers World Cup in Russia!! #DreamsIntoReality #GodIsGood pic.twitter.com/JXpw8yzp9o

English fans usually chant "Eng-er-land, Eng-er-land" in support of the national team and as Englishmen we will be singing 'God save the Queen,' David told Sputnik.

"I also like singing Johnny Stones or Danny Rose to the tune of 'Daddy Cool.'"

David has been born in to a "mad City family" and has supported Manchester City for over six decades, with his sons sharing his love for the game and the club. He will arrive in Nizhny Novgorod on June 22 and plans to do some sight-seeing ahead of the game.

"There is also a pub in Nizhny Novgorod called the Manchester Pub and we hope to visit it, if we can find it. Then on Sunday, we are off to the match to see England vs Panama."

Following the match, David will be off to Moscow, where there is "lots to show" his son.

"The Kremlin, Red Square, Gorky Park, the Fallen Monument Park, and of course the wonderful Metro (love it). The monuments are great. There is so much to see I could be here all day listing the sites. We also plan to watch the England vs Belgium game in a bar in Moscow on the 28th before we return home on the 29th."

To all those traveling to Russia to attend the World Cup games and events, David would recommend to "visit as many of the wonderful sites in Russia as you can and use the metro."

"Be careful crossing the road as it is very risky in Russia, especially Moscow — they drive a little too erratic for me. Also the waiters and waitresses clear your table very quickly, so don't be surprised if you plate suddenly vanishes. I loved the pancakes and the dumplings. Oh, and don't eat the Elk sausage."

David told Sputnik he feels safe about his trip to Russia, adding that it also "depends on how things go in the first weeks of the event." Giving further advice to football lovers, he added:

"We are not in England so people don't queue orderly like we do at home so don't take offence. Take time out to understand local traditions. Behave properly. The English FA are sending out guidance, read it and take it all on board. It is there to help."

Kevin Miles, chief executive of the Football Supporters' Federation, speaking at the Foreign Office in London, discussed the norms of behavior among English football fans when visiting various "sensitive sites" in Russia.