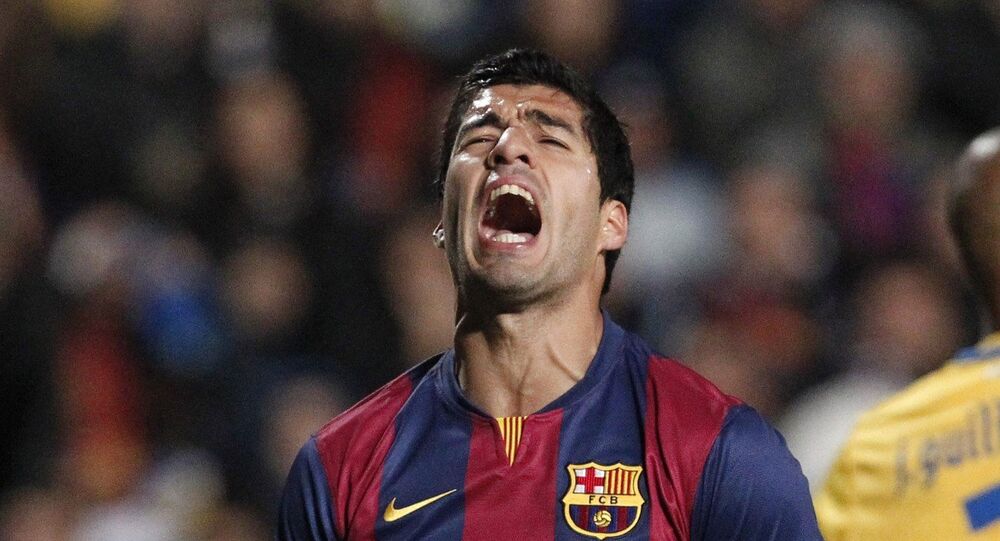 Suarez hinted that Griezmann would be welcomed at Camp Nou, the home stadium of FC Barcelona.

Luis Suarez has spoken about French forward Antoine Griezmann as though he has already joined the famous Barcelona club in an interview to Spanish station Radio Rincon, and Twitter immediately indulged in speculations, some even saying the news was denied:

Suarez is not finished. He'll give at least 2 good seasons. Buying Griezmann is a big mistake.

Griezmann should come, but at Suarez's expense. Putting those 2 together on the pitch would oblige Messi to be Iniesta when he can still be Messi. We'd also lack balance & width. Also it wouldn't suit Coutinho & Dembele's development plans. Is a declining 31yo Suarez worth it?

If Griezmann comes, it will be the first time in Messi’s FCB career that he’ll have a Second Striker and a 9 (Suarez) in front of him.

We’ll be in uncharted territory, but the outcome is obvious: Messi having 20+ assists next season.

Simeone sternly rejects Griezmann to Barca speculation
Luis Suarez fueled more speculation That Griezmann is on his way to Barça but Atletico boss Simeone denied it.
At a pre-match news conference, Simeone made it clear he was in no mood to discuss the specifics of the matter. pic.twitter.com/VPF5nECxIP

However, there is still no formal deal to this end.

The 27-year-old Griezmann has increasingly been linked with a move away from the Madrid team, which he is currently playing for, with Manchester United reportedly agreeing to personal terms of the footballer’s transfer to Old Trafford.

However, it now appears that Barca has been the first to make a move, with the Spanish radio channel citing Suarez as saying: "It makes the club proud to bring players of this quality like Antoine, like [Ousmane] Dembele and [Philippe] Coutinho came.

"He's a player who brings a huge amount, he has a lot of years playing at the highest level, always fighting. He rules up front for Atletico and that is fundamental."

Barca’s footballers are still unrivalled in La Liga after 34 matches, however they will face Real Madrid in El Clasico at Camp Nou on Sunday.