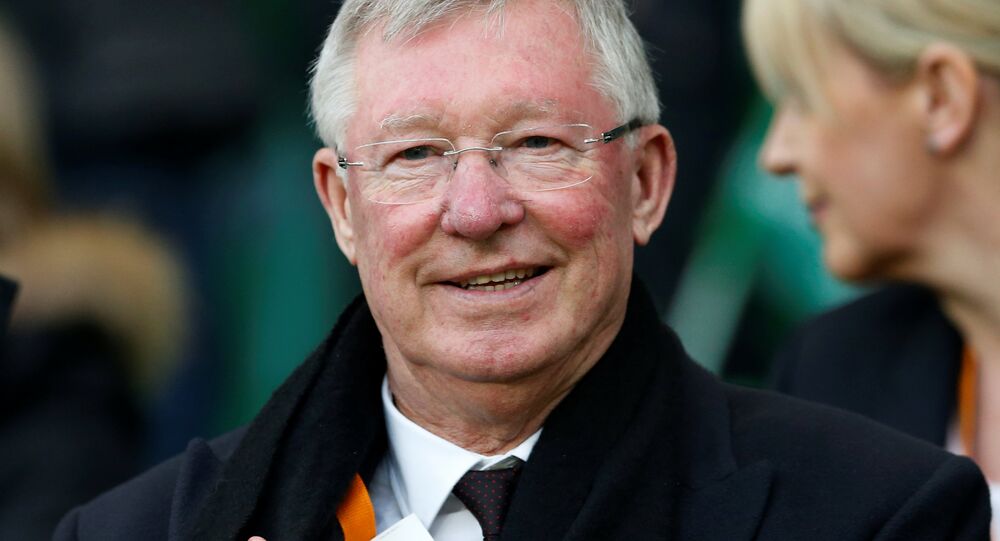 Former Manchester United boss Sir Alex Ferguson has undergone emergency surgery at Salford Royal Hospital in the UK for a brain hemorrhage after being hospitalized in an "extremely serious" condition.

A Manchester United statement said that "the procedure [brain surgery] has gone very well but he [Ferguson] needs a period of intensive care to optimize his recovery; his family request privacy."

It was reported that Ferguson's wife and his three sons remain at his hospital bedside after he was put into an induced coma following the surgery. Ferguson was taken to the UK-based Salford Royal Hospital after he complained of feeling unwell at his home in the town of Wilmslow near Manchester on Saturday.

Twitter users, including football icons such as Ronaldo, Rooney and Schmeichel as well as ordinary netizens, have been devastated by the news and wished Ferguson a speedy recovery.

BREAKING NEWS: Sir Alex Ferguson has had an emergency surgery for a brain hemorrhage and has being put into a coma at Manchester Hope Hospital
For once I hope he does get that extra time #PrayForAlex pic.twitter.com/UKqJfRHFeZ

Hearing this news of Sir Alex Ferguson being rushed to a hospital! In a coma! Please this should not be true!

Hope everything is well in the Ferguson family!❤️

BREAKING: Sad news that Sir Alex Ferguson has been rushed to hospital with a bleed on the brain & has been put into coma.

Sir Alex Ferguson is in a coma hope he is ok and thoughts to his family pic.twitter.com/oDMJA4MNIB

Rumours that Alex Ferguson has been put into a coma at Salford Royal Hospital. If true, praying he pulls through, a true legend of the game — thoughts are with his family.

Alex Ferguson is critical condition in hospital. Apparently in an induced coma due to bleed on the brain?

Hope he pulls through. Football rivalries mean nothing in situations like this.

Strong rumours that Sir Alex Ferguson is in a coma. This is the worst news I’ve heard in a long time 😔🙏🏻

Get well soon Boss. Thoughts with all the family at this sad time. #AlexFerguson

My thoughts and prayers are with you, my dear friend. Be strong, Boss! pic.twitter.com/kmih28Xpsq

Ferguson stepped down in 2013 after winning 38 trophies, including 13 league titles and two Champions Leagues during his time at Manchester United, which he had managed since 1986. Many football players, managers, and analysts see him as one of the greatest and most successful managers of all time.