Have you ever thought a goal by Lionel Messi could cause an earthquake? This is exactly what was found by a team of researchers from the Institute of Earth Sciences Jaume Almera, which lies just 500 meters from Cam Nou, the home stadium of FC Barcelona, where the renowned Argentinian plays.

The Institute of Earth Sciences Jaume Almera has determined that Earth reacts to every one of Messi’s goals. Although the vibration is not that significant, it is still noticeable, the scientists assured.

In a research paper, published in Scientific Reports, the authors analyzed a range of signals, including those provoked by fans during a match between Barcelona and Paris Saint-Germain FC in the Champions League. Last season, a goal in the last minutes of this match granted Barcelona access to the second stage of the league.

Most of the mini earthquakes, registered by the Catalonian institute, took place during major football championships. Vibrations were found to increase as the most important goals are scored. 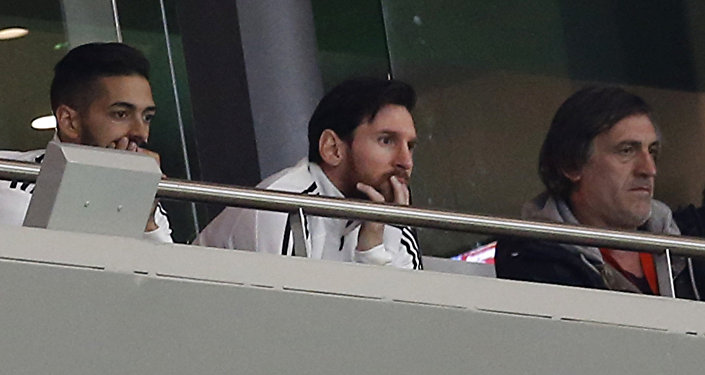 "From 80,000 to 90,000 people attend games in which Barcelona takes part, and when there is an important twist in a match, people move and the movement generates vibrations, which are transmitted to the ground and further intercepted by our instrument. It feels like an earthquake, but is not virtually one," Jordi Díaz, the author of the article and an employee of the institute, told Sputnik.

However, not only football "shatters" the Catalonian capital. Music concerts also cause vibrations. Famed musician Bruce Springsteen also achieved similar effects when in 2016 he made a 65,000-strong audience at Camp Nou dance to his rhythms. The concert lasted for three hours and vibrations were recorded by the institute’s detectors.

The case is even more curious, as the recording is long and it shows how rhythms make the ground vibrate. One can even determine the exact moment when the musician starts singing a new song.

"This is quite impressive, as during the encore performance people danced to hits, and the vibration was more stable in time; one could trace the rhythm of each song, watching the detector register all the movements," Díaz said.

The research has turned out to have a real practical application. According to the scientist, the results of the research may come in handy for specialists who are responsible for the construction of buildings and their further "behavior."