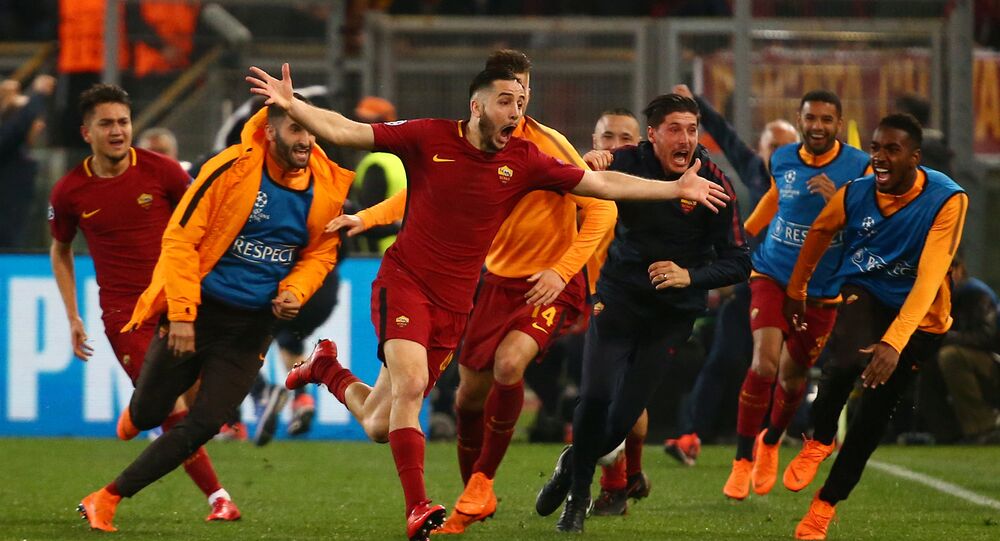 'We Did It in Style': Roma Boot Barca Out of Champions League, Rattle Twitter

Champions League comeback kings Barcelona were dethroned in the Italian capital on Tuesday when Roma pulled off a major shock, trouncing the Spanish 3-0 to make their way to the Champions League semi-finals.

Barcelona were heavy favorites, leading 4-1 on aggregate after a comfortable first leg win, only to fall apart to Roma, who went into an all-stops-out attack right from kickoff at Stadio Olimpico.

Roma's stunning victory, which made them only the third team in Champions League history to overturn a first-leg defeat of three goals or more, caused a veritable twitter storm among both team's fans.

​​"It is difficult to believe, but we did it and did it in style,” Roma striker Edin Dzeko said after the game.