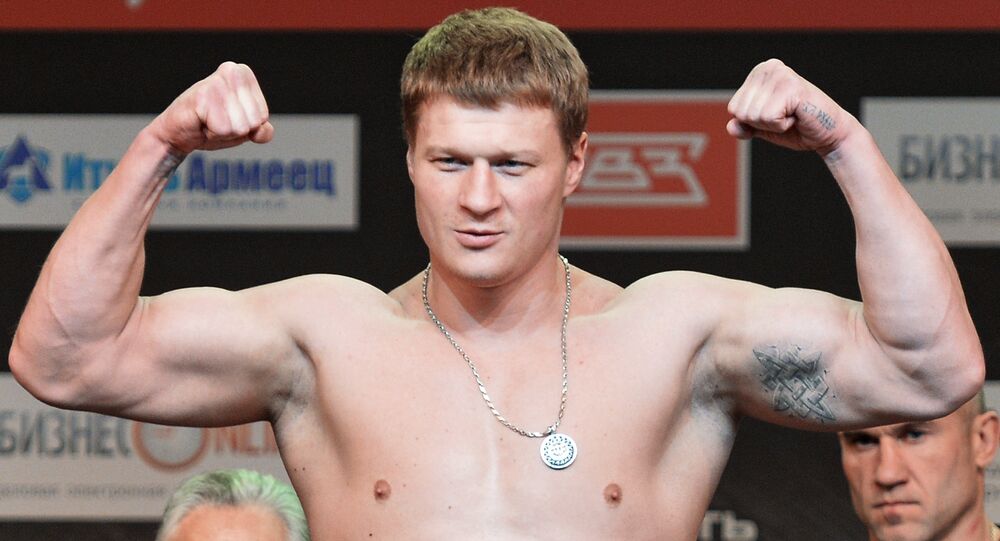 Britain's Anthony Joshua has been ordered to make a mandatory defense of his WBA title against Russia's Alexander Povetkin. The decision looks likely to delay the crowning of an undisputed heavyweight champion.

Joshua beat Joseph Parker by unanimous decision on Saturday, March 31, enabling him to add the New Zealander's WBO belt to his WBA and IBF titles.

After the fight Joshua issued a challenge to Deontay Wilder, who holds the only other belt out there — the WBC title, and the American reportedly agreed to fight in the UK and let Joshua take the lion's share of the purse.

But no sooner had boxing fans started salivating about the prospect of having a battle in the summer to find an undisputed heavyweight champion than the so-called "alphabet boys" spoiled the party.

📢@Ryabinskiy
Povetkin is now a mandatory contender of @anthonyfjoshua
He was appointed by WBA. Now there are 150 days to arrange the fight, it must take place. Before the fight with Sasha, Joshua has no right to fight with anybody else.We have 30 days to negotiate@EddieHearn pic.twitter.com/abLOV55hew

The WBA have ordered Joshua defend their title against Alexander Povetkin, a 38-year-old Russian who has only lost once before — to Wladimir Klitschko, on points, in Moscow in 2013.

Kursk-born Povetkin blew away Britain's David Price on the undercard of the Joshua-Parker fight in Cardiff at the weekend.

Everyone "We want AJ v Wilder!"

But although the fifth round knockout was impressive, Price had Povetkin in trouble at the end of the third round and the Liverpool fighter had been knocked out four times previously, including defeats to unheralded boxers like Christian Hammer and Erkan Teper.

The last undisputed champion in the heavyweight division was Lennox Lewis, who retired in 2004.

Many boxing purists believe the sanctioning bodies — the WBC, WBA, IBF and WBO — have ruined the sport and confused fight fans who do not know who is the true champion.

Povetkin KOs Price inside 5. That was brutal. pic.twitter.com/l5msdTTmdE

​Who is the Lineal Champion?

Boxing purists point to the lineal champion, which is the man who beat the previous champion and can be traced back to John L Sullivan, the first heavyweight champion of the Queensberry Rules era.

BOOM! THE WBA have ordered Anthony Joshua to face his mandatory challenger “Povetkin”.

Lewis was the lineal champion and after him Wladimir Klitschko took over until his defeat to Tyson Fury, who is planning a comeback after his career was interrupted by mental illness and a doping ban.

But if Joshua does not agree to fight Povetkin the WBA are likely to take the belt off him and put the Russian in the ring with another man — probably Germany's Manuel Charr or Fres Oquendo of Puerto Rico — to fight for the vacant title.