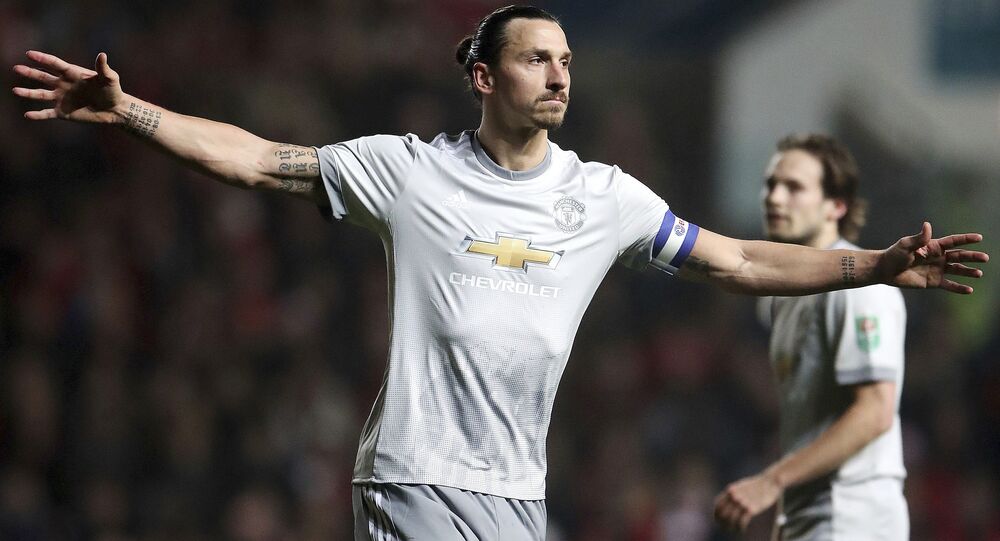 Less than a week after announcing his transfer to LA Galaxy FC, Zlatan Ibrahimovic made himself an instant hit in California.

The Swedish superstar forward kicked off his career with LA Galaxy in style, netting two spectacular goals in just 20 minutes to beat Los Angeles FC 4-3 in his debut in US Major League Soccer on Saturday.

In a video posted on LA Galaxy’s Instagram account, Ibrahimovic, who is still getting back into form after a serious knee injury last April, is seen scoring on an astounding 40-yard kick catching the LAFC goaltender off his line to tie the score 3-3 in the 77th minute.

THE LION IS HUNGRY!!!

​“The Lion is hungry,” the team’s press service said in a commentary to the video.

In the first minute of added time, Ibrahimovic headed in the winning goal. Not bad for a 20-plus minute debut.

On March 23, Zlatan Ibrahimovic, who has starred for some of Europe's biggest clubs, including Barcelona, AC Milan, Inter Milan and Juventus, announced his transfer to LA Galaxy from Manchester United.