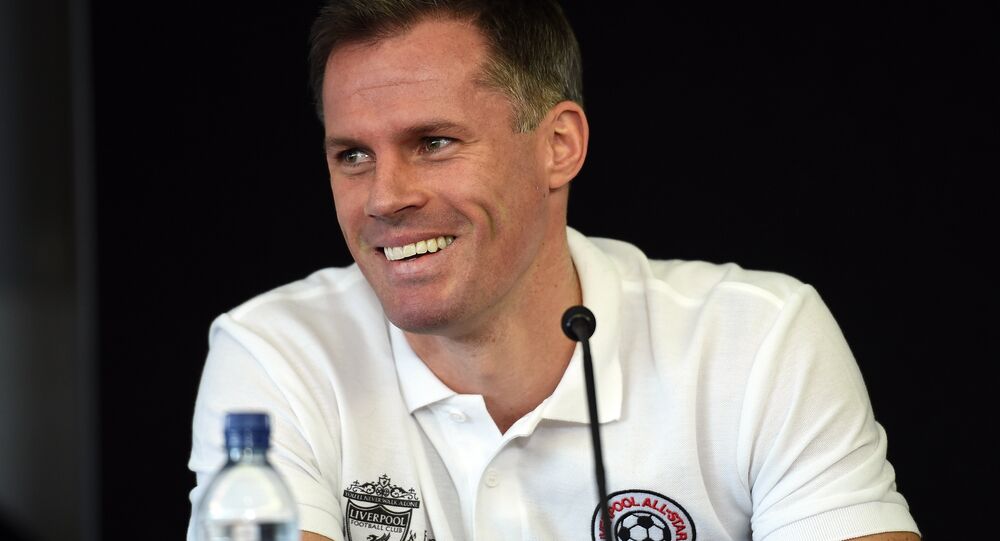 The former Liverpool defender-turned sportscaster Jamie Carragher had already apologized to the family, but his current employer took him off "Monday Night Football" broadcast following a meeting.

The confrontation took place following Manchester United 2-1 win over the Anfield outfit on Saturday as Carragher was driving from the stadium where he covered the match for Sky.

The footage, shot by the 14-year-old Red Devils fan's dad, shows the Former Liverpool man aiming a mouthful of saliva at the passenger window of their car.

Footage has emerged of Sky pundit Jamie Carragher spitting at 2 football fans. A father and his 14 year old daughter. 😷 pic.twitter.com/ufkt0u1z89

​The dad claims he only said "a bit of banter" to Carragher, bringing up the 2-1 scoreline, before he spat at them, hitting his daughter's face, but the 40-year-old has a slightly different account.

"It was a bit more than, "Hiya Jamie, it was 2-1." It went on for two or three times. I drove away at first and it just continued. I lost my head. I shouldn't have done it but I was thinking what is a grown man doing, carrying on like that two or three times with his daughter in the car?" said Carragher according to The Mirror.

I’ve just watched Carra23 say sorry. No excuses he’s made a big mistake. He’s massively passionate about football and he’s overstepped the mark and shouldn’t have reacted. I’ve been on TV for 3 years with him and imo this isolated incident shouldn’t stop us working together