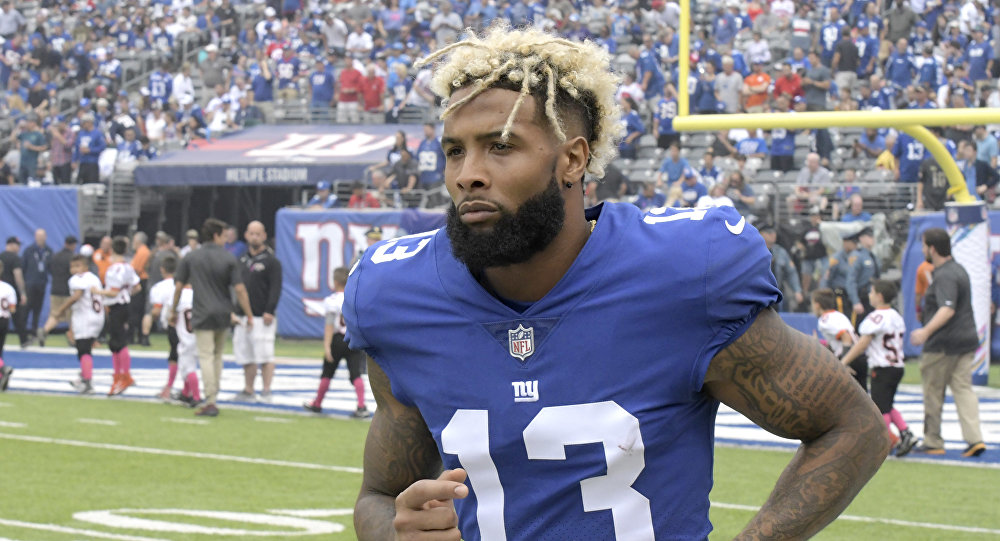 The seven-second clip posted online shows Beckham, who is currently on a Nike-sponsored trip in Europe, in bed next to a pizza, a woman and some suspicious- looking substances.

The Giants' star wide receiver appears to be holding what looks like a blunt in his right hand, while his lady-friend is armed with a credit card with some white powder on it. The exact location of the footage remains unknown.

"We're aware of the video, but we don't have any comment beyond that," a club spokesman said, according to ESPN.

The incriminating images might have been filmed in Spain, where Beckham stopped by to break bread with fellow Nike endorser Christiano Ronaldo.

The 25-year-old, who already set quite a few records in his three years in the NFL, has been known for his off-the-field antics, but above all the champagning and campaigning he's still primarily universally recognized for The Catch.