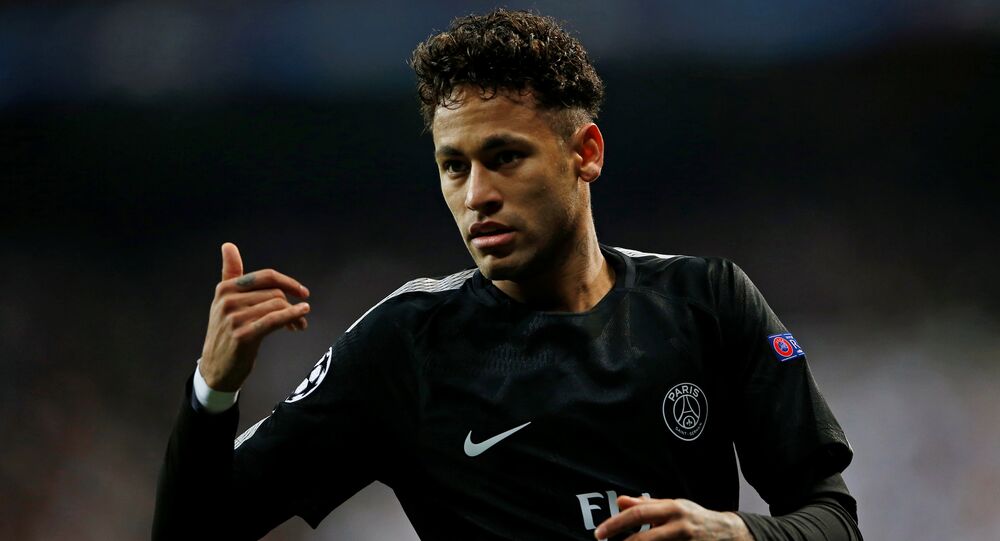 Neymar Defends PSG's Crushing Defeat to Real While He Was Absent

The Brazilian sat out the second leg of PSG’s 1-2 defeat in a Round of 16 game at the Parc des Princes on Tuesday evening.

“I feel very sad about our defeat today, but what saddens me even more is that I was not out there to help my teammates!” Neymar wrote on Instagram.

“I’m very proud that PSG did their utmost in this game,” he added.

© Sputnik / Maria Plotnikova
Neymar Explains Why He Decided to Leave FC Barcelona for PSG: 'I Wanted Something Bigger, It's Not About Money'
Neymar was a part of the side that lost 3-1 to Real Madrid in the first leg at the Bernabeu, before he suffered a fractured toe during PSG’s 3-0 Champions’ League win over Marseille last week.

He traveled to his native Brazil for surgery and is expected to resume training in about six weeks from now.

Summing up the results of Tuesday’s showdown, PSG head coach Unai Emery said that the team had had good chances in both games but failed to translate them into goals.

“In the first match, our chances were fifty-fifty, but Real managed to do better. Today they were in control for 60 percent of the game. We had our chances, but Real’s second goal dashed our hopes. It’s been a great disappointment. We’ll have to analyze the situation with cooler heads. It’s important for us to win the trophies, which are still up for grabs,” he said.

He added that he was confident in the team’s ability to make a comeback and move on.

“One day we will win the Champions’ League. This could happen next season, maybe the one after next,” Emery said.

'Would You Take Me Back?' Neymar Reportedly Wants to Return to Barca