The International Olympic Committee (IOC) on Wednesday lifted the suspension of the Russian Olympic Committee (ROC) with immediate effect after receiving negative results of remaining doping tests from the 2018 Pyeongchang Olympics.

In December, the IOC suspended the ROC over alleged "systemic manipulation" of the anti-doping system in Russia. The decision was made on the basis of the findings of IOC's disciplinary and inquiry commissions, headed by Denis Oswald and Samuel Schmid, which re-tested doping samples of Russian athletes from the 2014 Olympics in Sochi and examined the allegations of "state interference" in the Russian anti-doping system.

© AP Photo / Patrick Semansky
IOC Restores Russian Olympic Committee Membership
The allegations have been repeatedly denied by the Russian authorities. In its report, the Schmid commission said it had not found "any documented, independent and impartial evidence confirming the support or the knowledge of this system by the highest State authority."

The Russian athletes were allowed to participate in the Pyeongchang Olympics and compete under a neutral flag as "Olympic Athletes from Russia" (OAR). A number of leading Russian athletes, including short-track speed-skater Victor Ahn, biathlete Anton Shipulin and cross-country skier Sergey Ustyugov, were not invited to participate in the Olympics.

The IOC said it could partially or fully lift the ROC's suspension for the Olympics Closing Ceremony that took place on February 25 under the condition that the ROC and all invited athletes and officials respected and fully implemented the committee's decisions and requirements.

On February 25, the IOC decided not to lift the suspension of the ROC for the closing ceremony as two Russian athletes, curler Alexander Krushelnytsky and bobsledder Nadezhda Sergeyeva, were tested positive for doping at the Pyeongchang Olympics. The committee recommended to reinstate the ROC after it received the confirmation from the Free Sport Unit (DFSU) of the Global Association of International Sports Federations that there had been no more violations of anti-doping rules by members the OAR delegation at the Olympics.

On Wednesday, IOC told the ROC that the results of the remaining doping tests were negative.

"Today we received a letter from the IOC about the restoration of the status. It was rather short. The reinstatement followed the end of the doping tests. The letter says that all tests were clean. So, the decision to reinstate the ROC comes into effect automatically," ROC President Alexander Zhukov said.

According to ROC honorary president Vitaly Smirnov, "the majority of IOC members cannot imagine the Olympic movement without Russia… The athletes played the most important part [at the Olympics]. Young people showed such great traits of the [Russian] people as courage and dignity."

Commenting on the IOC decision, President of Cross-Country Skiing Federation of Russia Yelena Valbe expressed hope that it would be the first step toward the resolution of the situation with Russian sports.

"I would like to believe that today's decision of the IOC was a small step toward the end of this [situation]. We are not particularly joyful now, as we hoped that we will get our flag and uniform back at the Games," Valbe told Sputnik. 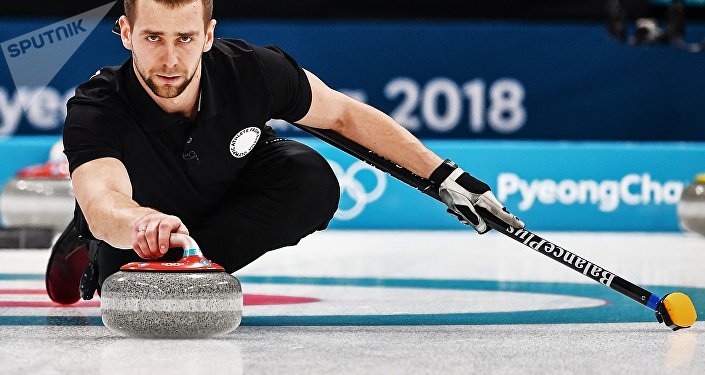 © Sputnik / Vladimir Pesnya
'Time to End This Playground Talk': Senior IOC Member Defends Russian Curler
Similarly, Vladislav Tretiak, the president of the Russian Ice Hockey Federation, said those Russian athletes who participated in the 2018 Olympics had violated the IOC requirements only once.

"It was the right thing to do. We have been waiting for this decision for a long time. We deserved it. Everyone tried to fulfill all these complicated requirements… Each federation was worried about its athletes. We are grateful to our fans for them understanding us and not provoking us to violate the rules. The only violation, which was forgiven, was our hockey players singing the Russian national anthem," Tretiak pointed out.

Meanwhile, President of the Russian Skating Union Alexei Kravtsov told Sputnik that lifting the ROC's suspension was a "good sign." 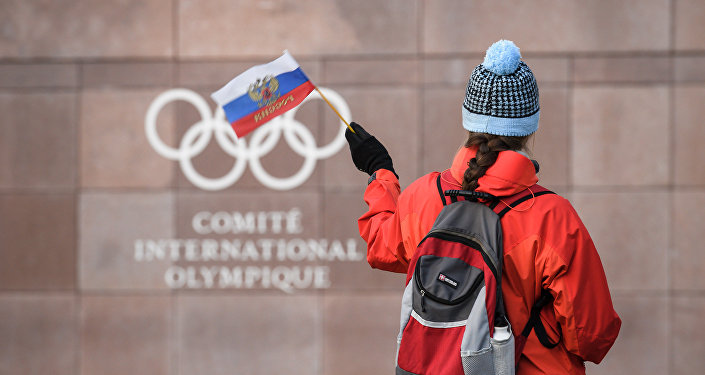 © AFP 2019 / Fabrice COFFRINI
Russian Olympic Delegation Says it Apologized to IOC for Doping Violations
"This is a positive, good sign, it is great that our country will participate the 2020 Olympic Games. Now we have to look ahead, we really want the World Anti-Doping Agency's (WADA) attitude toward Russia to change. Its last statements were not very pleasant, the attitude is negative, and we would like it to change," Kravtsov underlined.

Speaking at the Olympians' award ceremony in the Kremlin on Wednesday, Russian President Vladimir Putin said that Russian athletes proved at 2018 Winter Olympics that their character cannot be taken away even after they have been deprived of their symbols. The Russian leader also expressed hope that the international organizations would soon realize that sport should be kept away from thing not relevant to it.