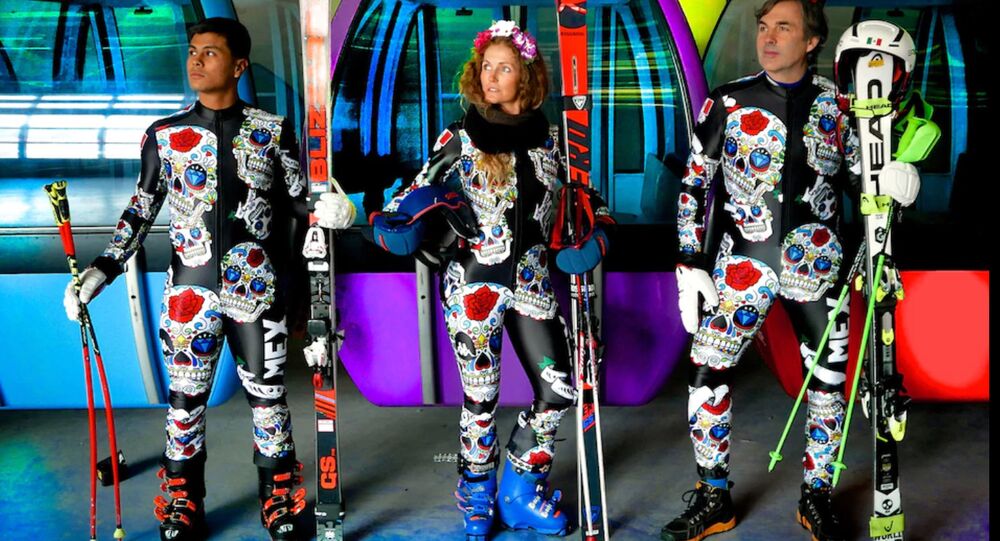 It’s time for the thrilling 2018 Winter Olympics, and that means pomp, pageantry, high-octane adrenaline rush and the ability to wear awesomely cool outfits.

This year, if the internet can be believed, the Mexican downhill racing team has the honor of sporting the coolest skiing outfits, with their multihued Day-of-the-Dead psychedelic skulls rampant on a stygian backdrop.

Reddit users — at least those that can put together coherent sentences — are awash with praise for the audacious apparel, evidenced by one contributor who simply described them as "beautiful."

But in typical fashion, it wasn't just the cool look that drove the online conversation, it was the eye-opening factoid that one of the ski team members — a German prince born in Mexico who claims ownership to the unlikely name of Hubertus Rudolph zu Hohenlohe-Langenburg — designed the uniforms.

And because it wasn't enough to simply point out the oddity of a member of the German aristocracy wearing dynamic downhill duds that he designed while boasting a name so long that a larger passport must surely be required, users noted that his parents names dwarf even his own.

His mother, a former model and Italian cinema actress, is apparently referred to in polite circles by the smarter set as Princess Virginia Carolina Theresa Pancrazia Galdina Prinzessin zu Fürstenberg.

As amusing as it is irrelevant, the aristocracy can nonetheless be credited with providing the ordinarily staid Olympics with a touch of the unorthodox, bless them.