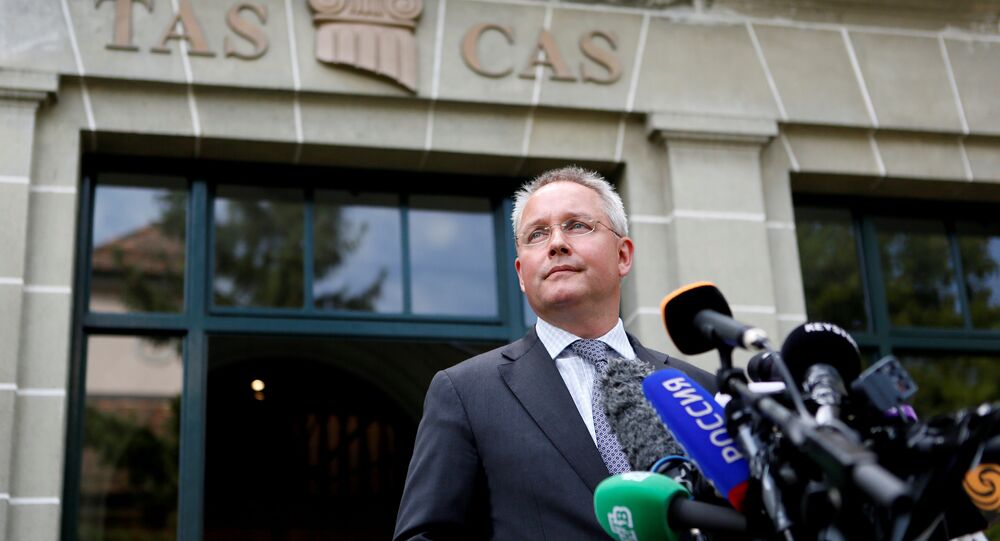 ST. PETERSBURG (Sputnik) - Matthieu Reeb, the secretary general of the Court of Arbitration for Sport (CAS) denied on Saturday being pressured to dismiss appeals by 45 Russian athletes against the International Olympic Committee's decision not to invite them to the Pyeongchang Olympics.

"The CAS Panels did not have any pressure from anyone in their work and CAS will keep on protecting its independence," Reeb told RIA Novosti.

Earlier, the Court of Arbitration for Sport dismissed appeals filed by 45 Russian athletes and two coaches who challenged the International Olympic Committee (IOC)'s decision to exclude them from South Korean Olympics.

Recently, CAS fully overturned the IOC ban for 28 Russian athletes, and partially upheld appeals of 11 others. President of the International Olympic Committee Thomas Bach commented on the decision, claiming that there was a need to reform CAS.

Russian Olympians Have Chance of Marching Under National Flag - IOC