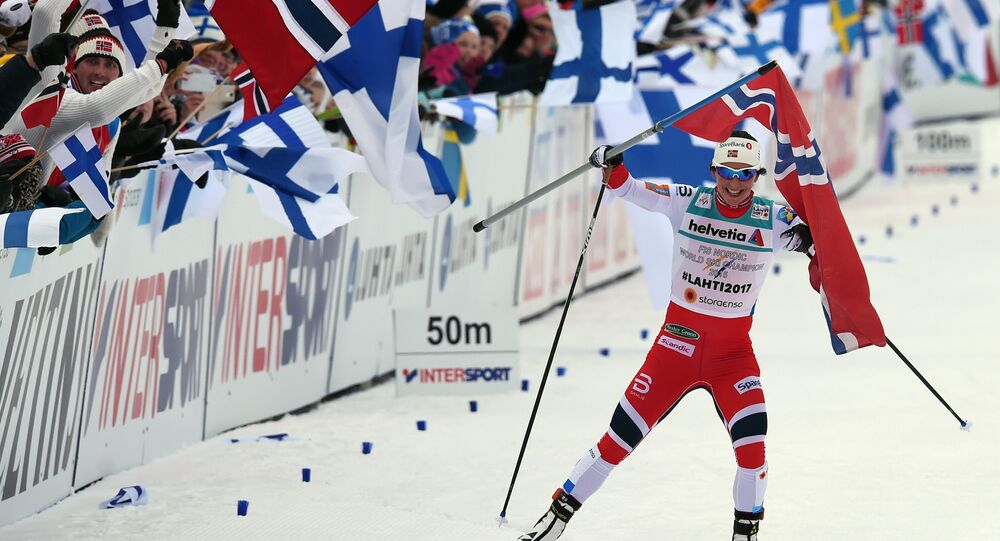 Sweden and Norway, are both repeatedly top-performers at the Winter Olympics; there, about 10 percent of residents are asthma sufferers. Among skiers from these countries, though, the corresponding figure is well over 60, which has triggered doping concerns, as asthma medication allegedly boosts musculature and enhances performance.

Over the years, the Norwegian Ski Federation has been heavily criticized for its practice of lavishly providing asthma medication to its skiers. A recent report by the Mission Review program on Swedish national broadcaster SVT has unveiled an unusually high incidence of asthma sufferers on the Swedish ski squad, raising doping suspicions.

Since 1992, Norway has won 61 Olympic medals. A total of 42 of these medals (almost 70 percent) were awarded to athletes who claim to have asthma.

Over the same period, Sweden has won 22 Olympic medals, of which 9, close to half, were gained by athletes who claim to have asthma.

All in all, over 60 percent of the athletes on the Swedish and Norwegian skiing teams allegedly had asthma, six times the corresponding figure for the general population, SVT pointed out.

© AFP 2020 / JONATHAN NACKSTRAND
Winning Stroke: Norwegian Professor Prescribes Doping in Top-Level Sports
Ski team doctor Per Andersson claimed that skiers expose their lungs and respiratory tracts to an unequaled effort, as long-time exposure to cold air is known to contribute to the development of asthma, which is even considered an "occupational hazard."

Karolinska Institute professor Kjell Larsson, who has expertise in pulmonology, was critical of the practice.

"Think of a workplace today, where staff, because of exposure or workload, develop airway symptoms that have to be treated in this way. Such a workplace would have to be closed," Larsson said.

Many types of asthma medication include so-called beta-2 agonists, which are known to have a performance-boosting effect, this is widely utilized in horse sports. SVT pointed out that both animal and human research suggests a slight anabolic effect of this sort of substance.

"It has been noticed that giving high doses for a long time, gets you less fat and more muscle," Peter Kalling, doping expert at the International Equestrian Association (FEI), told SVT.

According to WADA rules, asthma-suffering cross-country skiers may take up to 1,600 micrograms of salbutamol, which is already extremely high by medical standards. World Cup winner and Olympic medalist Martin Johnsrud Sundby (Norway) is known to have once taken a total of 15,000 micrograms of salbutamol (ten times the permitted dose) over a period of just a few hours.

"Almost no asthma needs doses that high. Personally, I've never ever ordained that much," asthma doctor Vibeke Backer of Copenhagen University told SVT. "If you are so sick that you are in need of such treatment, you should lie down and drink warm tea and cannot win any medals in cross-country skiing, regardless of medication," she added.

For his salbutamol feat, Sundby was suspended for two months, his Tour de Ski 2015 results annulled. No further action was taken, however, and Sundby is part of Norway's skiing squad in Pyoengchang, which also includes Marit Bjørgen, one of the most decorated skiers of all time and a fellow asthma sufferer.

#OlympicFunFacts – Did you know that Marit Bjørgen, Norwegian cross-country skier and six times Olympic champion, is registered as having asthmatics and is thus allowed to take some "banned" substances?

​For the upcoming Olympics, the Norwegian team is once again packed up with asthma medications. In Pyoengchang, Norway has over 6,000 medication doses and 43 inhalators at its disposal, which is, say, ten times as much as Finland.

Norway defended the exceptional volume of asthma medication by claiming it wants to cover emergencies should the need arise.