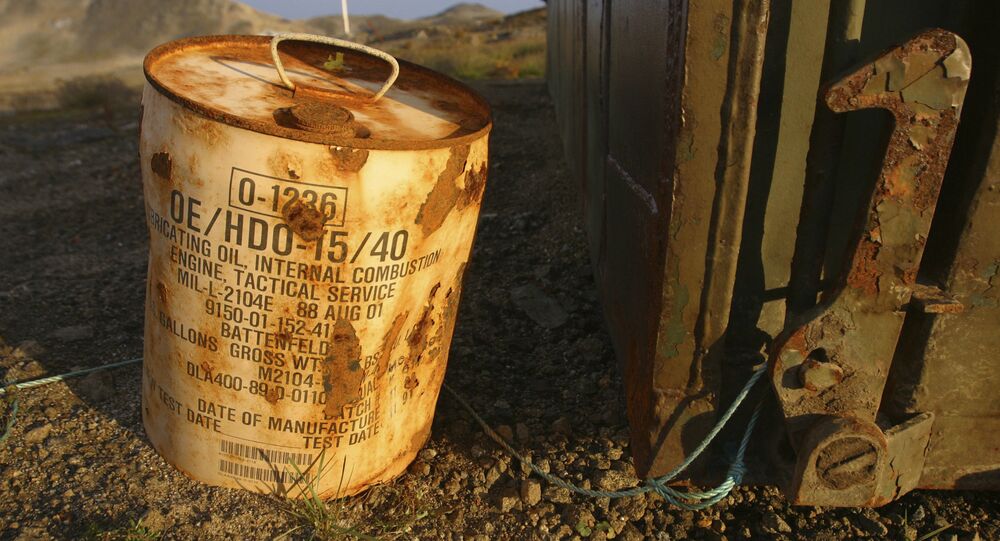 It all started with Philly police’s tweet ahead of the NFC final between the Philadelphia Eagles and the Minnesota Vikings in Minneapolis a couple of weeks ago.

Now comes the time in the night where we must warn everyone about the dangers of Saturated Fats. Cheers for #Foles! Jeers for #Poles! It's a long way down, baby. Celebrate responsibly! pic.twitter.com/mES5MpPTY4

​Climbing signs, streetlights and other public poles to celebrate a home team victory is a thing in the City of Brotherly Love, but the police don't look kindly on it; hence the shortening. But their idea didn’t really work, as the Eagles faithful treated the slick cylinders as just a fun challenge following the Birds’ dismantling of the Vikes.

​The cops certainly appeared to have appreciated the joke.

Some of the local fans are clearly familiar with the product.

THIS STUFF AINT NO JOKE!!! I used some for my kids slip and slide, and he ended up sliding into the neighbors yard!

​Either way, the chances of Philly residents celebrating a Super Bowl win are slim to none: their guys are facing the greatest dynasty in history on the NFL, the mighty New England Patriots, headed by the coach-quarterback duo of Bill Belichik and Tom Brady. The big game is coming up this Sunday night.