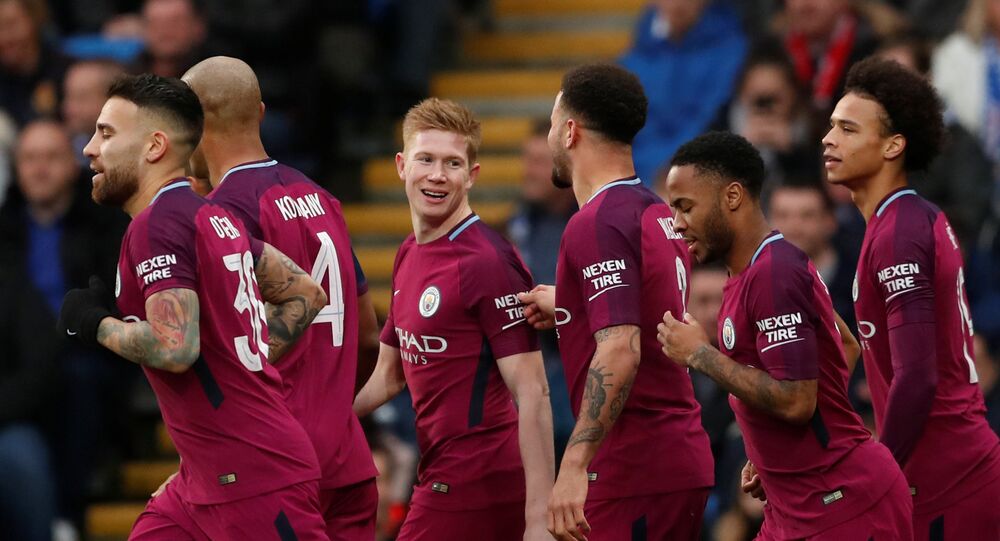 A leading British soccer side has now spent more on six defensive players than more than 50 countries fork out annually to protect their national shores and borders.

In a remarkable cash splash, Manchester City has paid out more than £225 million (US$318 million) on players whose sole goal it is to prevent the ball from hitting their own net.

Currently top of the English Premier League, the mega-rich club has just broken its own transfer record after completing the signing of Aymeric Laporte from Spain.

The former Athletic Bilbao defender cost  City around £57 million (US$80 million) when he joined them during the transfer window that closes on Wednesday, January 31.

His capture took Manchester City manager Pep Guardiola's spending spree to more than £225 million (US$318) — having earlier signed Benjamin Mendy for £52 million (US$73 million), Kyle Walker for £54 million (US$76 million), Danilo for £27 million (US$38 million) and goalkeeper Ederson for £35 million (US$49 million)

According to figures published by the Stockholm International Peace Research Institute (SIPRI) — which investigates world conflict possibilities of disarmament — the soccer spend by the Manchester-based club far eclipses monies used to defend some 52 countries dotted around the world.

In fact, the fee paid for just one of the players is actually more than 26 countries spend on protecting themselves. This list includes El Salvador, Senegal, Chad, Guatemala as well as Trinidad and Tobago.

Attempting to justify the huge spend, Guardiola told a press conference on Tuesday, January 30, to unveil Laporte's signing, "Some clubs spend £300-£400 million on two players. We spend it on six players

He added: "We had a problem last summer with six players out of contract. When you want to compete at the highest level, you need to spend. Maybe one day this club will spend £100 million or £130 million on one player, but we decide not to do it. We understand the inflation of the market. It is what it is. We accept criticism but what matters is our signings perform well and fit in at this club."

Financially-backed by Sheikh Mansour, based in Abu Dhabi, money is clearly not an issue as it allows the club to boast the second most expensive goalkeeper in the world, two out of three of the most costly centre backs as well as the two most expensive full-backs on the world stage.

Latest figures published by the Scandinavian think tank show that Guatemala spent US$287.3 million on defence while Cape Verde pays little over US $10 million a year.