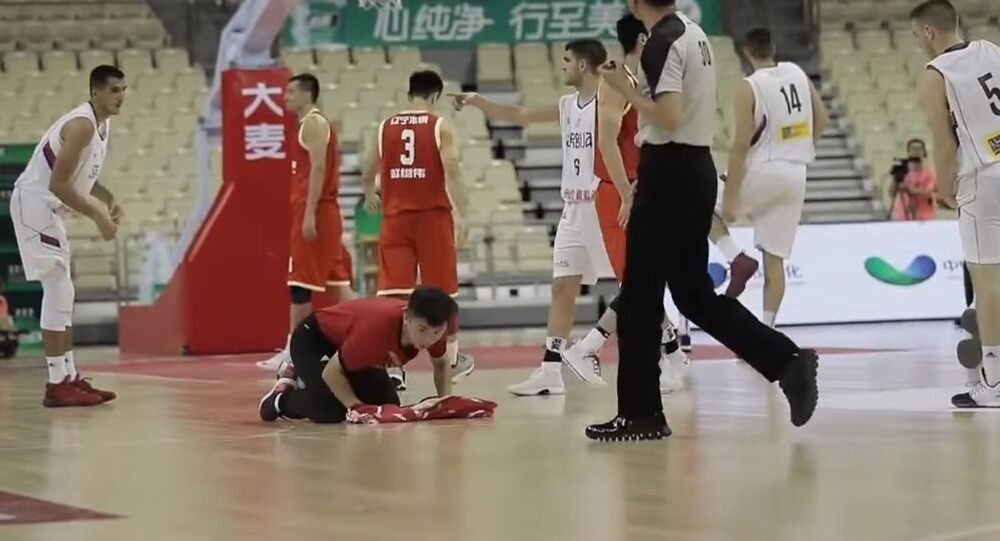 A Chinese basketball court cleaner has turned his job into a piece of performance art, landing him a new career earning over US$30,000 at a Bejing tech company despite his lack of qualifications.

For some of us, hoop dreams remain just that: we try to be like Mike for a while until the realization comes that the privilege of playing basketball for a living is actually reserved for a chosen few. But some of us are so possessed with the desire that we find a way of being close to the game, addicted to the squeaking of hardwood and that sweet string music.

Such is the case of Meng Fei, the native of Shenzhen, China, who not only finds himself in the thick of the action on a daily basis, but also brought such an uncanny amount of flavor into his game, that he managed to turn it into a much bigger opportunity.

If you’ve ever watched a basketball game, you’ve probably noticed kids with brooms rushing to the scene whenever a player or two spills puddles of sweat onto the floor. That’s exactly what Meng does, starting out as a volunteer cleaner at 24 years old.

Meng was performing his simple duties with such gusto and flair for the dramatic, that it wasn’t long before he turned some heads from the CBA – the Chinese equivalent of the NBA. He became somewhat of a local phenomenon, taking his act from one CBA team to another, and finally working at the Chinese All-Star Game.

His new-found fame even landed him an outside opportunity when six months ago a Beijing-based tech company offered the star-wiper a job as a manager’s assistant. But Meng still dreams of one day wiping the floor at an NBA game, and he might be close as former Chinese NBA player Wang Zhizhi has offered to help him reach his goal.

Awkward: US College Basketball Players Accused of Shoplifting to Remain in China

Meet Eddie, an Athletic Otter That Plays Basketball to Cure His Arthritis