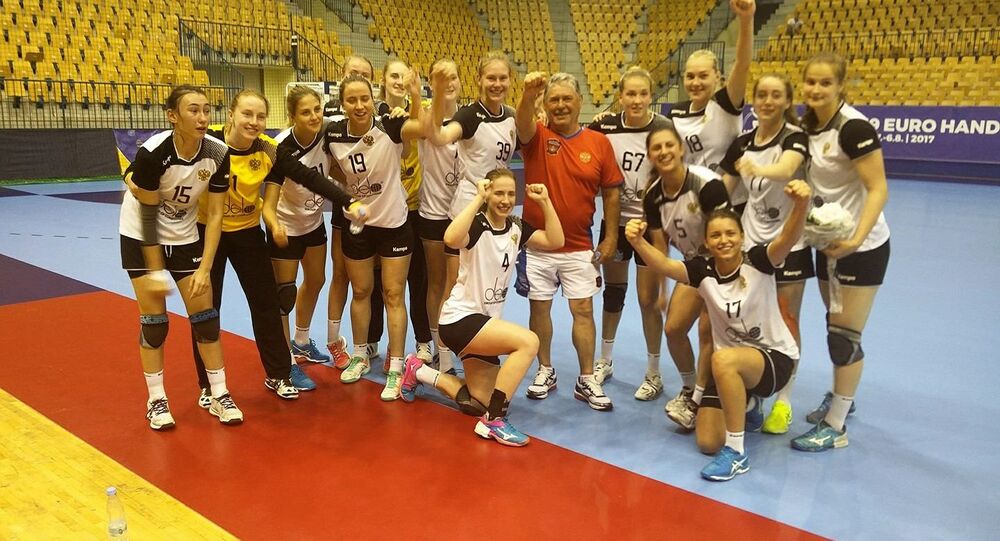 The Russian Handball Federation (HFR) will consider the issue of appealing the decision to deprive players under 19 of silver medals of the European Championship-2017 and for the disqualification of three Russian handball players for 20 months, by Lev Voronin, general director of the federation told RIA Novosti.

"Objectively speaking, we hoped for a softer sentence for the girls. In addition, there will be additional proceedings in regard to the HFR. In any case, our legal department is reviewing the documents from the EHF [Euroean Handball Federation], and we will continue to fight. We will work on this issue. This is too much," Voronin said.

Earlier in the day, the European handball federation announced that the national female youth team of Russia was deprived of its silver medal from the European Championship-2017 because of three meldonium-positive doping tests.

In September, it became known that meldonium was found during the doping tests of Antonina Skorobogatchenko, Maria Duvakina and Maria Dudina, who participated in the tournament. All three athletes were disqualified for 20 months, beginning from the date the positive results from the doping tests were received.

Following the incidents, there a trial was opened concerning the Russian Handball Federation, with the decision to be announced within a few months.