MOSCOW (Sputnik) - WADA informant and former head of the Moscow Anti-Doping Laboratory Grigory Rodchenkov will testify next week at the Court of Arbitration for Sport (CAS) at a hearing for Russian athletes contesting their disqualification from the 2014 Sochi Olympics over alleged doping violations, according to the CAS' statement.

"A combined hearing will take place from 22 to 27 or 28 January 2018… Dr Grigory Rodchenkov and Prof. Richard McLaren have been announced as witnesses but will not be present in Geneva. They are expected to testify by video conference or telephone-conference," the statement read.

The CAS has registered 42 appeals filed by Russian athletes against the International Olympic Committee (IOC), which were then divided into three groups. The cases from the third group, comprising three Russian biathletes, were suspended and would not be heard next week, while the first two groups with 39 athletes would be considered jointly, the court said. 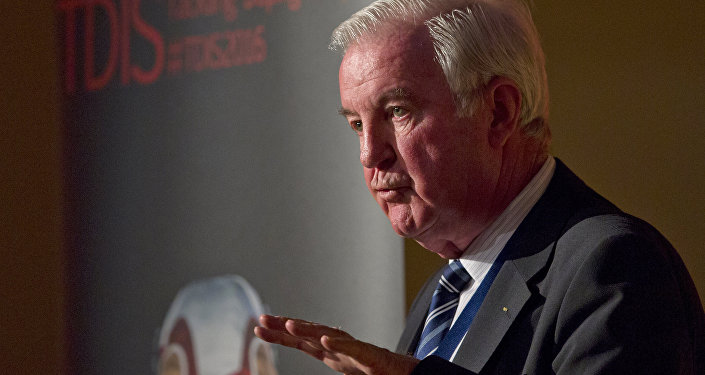 © AFP 2019 / JUSTIN TALLIS
WADA President, Other Officials May Face Russian Sanctions Over Olympics Ban – Reports
Rodchenkov's claims about the alleged state-run doping program in Russian sports triggered a massive scandal, which resulted in sanctions against Russian athletes. This included depriving many of them of medals won at the 2014 Sochi Olympics and banning the Russian national team from the 2018 Winter Games in South Korea. President Vladimir Putin has denied the existence of a state-run doping program but admitted that the national sport faces some problems with doping that are being tackled now.

Rodchenkov himself is under the investigation in Russia over the abuse of power during his term as the director of the Russian Athletics Federation (RusAF) in 2009-2013. According to the Russian Investigative Committee (RIC), Rodchenkov gave doping to athletes disguised as vitamins.

The committee has so far reported interim results of the investigation against Rodchenkov, indicating that there was no evidence of a doping program in Russia, and if there were any violations of the anti-doping rules, they were of an exclusively individual nature.