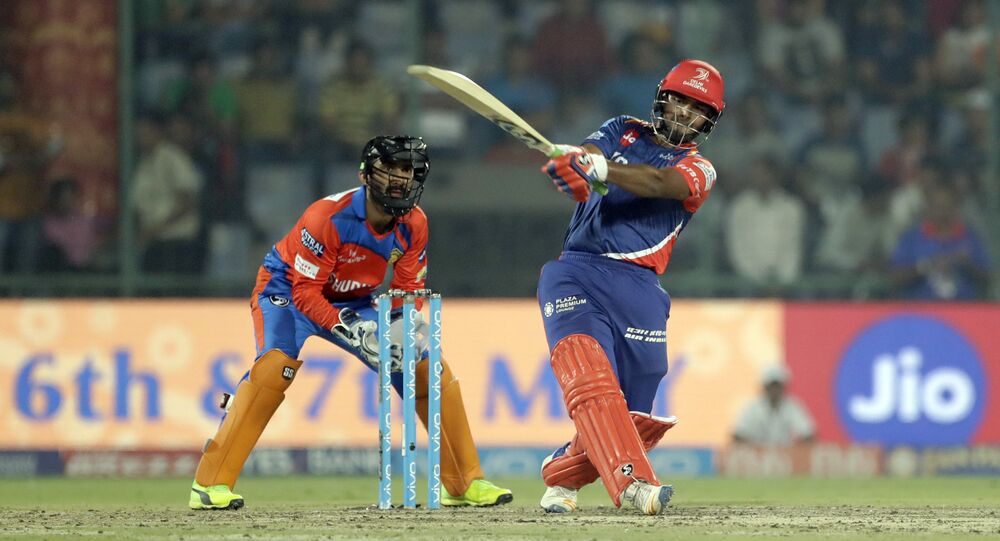 The match will be played one year after Afghanistan was inducted as a full member of the International Cricket Council (ICC), along with Ireland, in June 2017.

New Delhi (Sputnik) — Afghanistan cricket team will play their first exhibition match in the southern Indian city of Bengaluru on June 14 this year.

"Afghanistan's cricket team has been groomed into a good team which has the capacity to turn the tables. They have good players such Rashid Khan and Mohammad Nabi. They are young and full of energy. They are good at bowling and fielding but they have to improve a lot in their batting. Nevertheless, the India-Afghanistan inaugural test match in June will be historic, as Afghanistan will play their first test match," former Indian cricket player Ashok Malhotra told Sputnik.

Atif Mashal, the Chairman of the Afghanistan Cricket Board was in India last earlier this week. He met with officials of the Board of Cricket Control of India (BCCI) and later addressed a joint press conference to announce the date and venue of Afghanistan's inaugural test against India.

Shafiq Stanikzai, the Chief Executive of the Afghanistan Cricket Board (ACB) says he is hopeful that the test cricket match with India will be a historic one.

"We have a lot of good junior players emerging in our country. It is raw talent which needs polish and exposure. We aim to become a competitive test side in the next three years," Shafiq Stanikzai told the Indian media.

© AFP 2021 / KARIM SAHIB
The Fake Game: A 'Belgian Cricket Team' Plays in Pakistan, Which Was Never Belgian
The BCCI has also approved the ACB's request to have a second training base in India, in addition to the existing one in Greater Noida on the outskirts of Delhi. Afghanistan has become 12th test cricket playing nation to become a full member of International Cricket Council.

The Afghan cricket team qualified to play their first-ever One Day International (ODI) World Cup in 2015 and is likely to be a strong contender at the 2019 World Cup Qualifiers in March this year.

Indian Town Gives Away Cows as Trophies in Cricket Tournament

I Don't Like Cricket... I Love It: Refugee Influx Sparks Boom in Germany