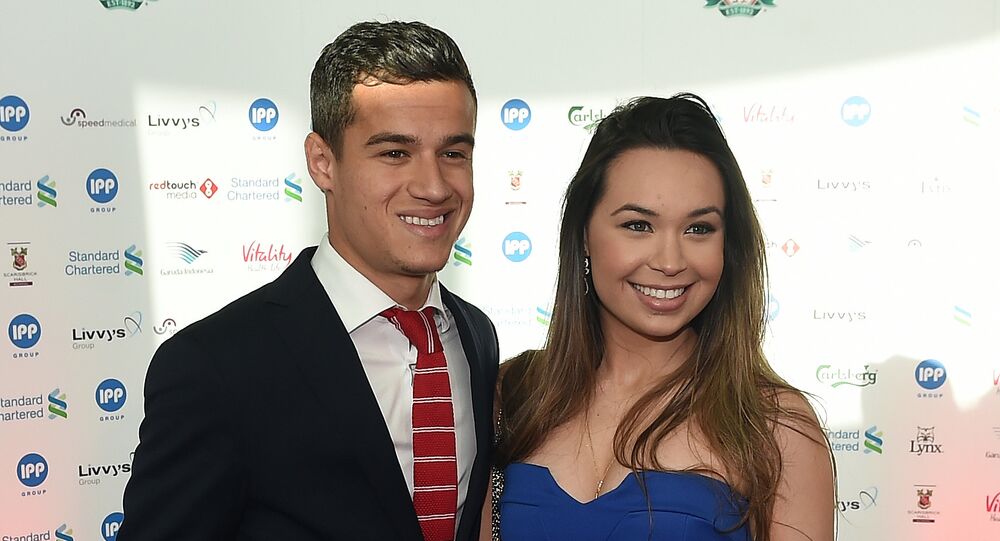 Philippe Coutinho has arrived at FC Barcelona and now he and his wife have been caught in the global spotlight. Their marriage has already been labeled as Nou Camp’s “great love story”.

Philippe Coutinho, 25, is a football star, whose recent transfer from Liverpool to Barcelona for 120 million euros caught the world’s attention.

Coutinho and his wife Aine have been together since their childhood years. They met in 2007, when the promising footballer was just 14, and grew up together in Rio de Janeiro.

They were introduced through a mutual friend at a party and began dating, and later living together at Philippe's parent’s house.

Philippe has mentioned his wife during interviews, saying “Aine plays a huge part in everything I do. We didn't study together, we didn't really have mutual friends, except for one, who had a party and we both went to it. We met there and sat together for a long time just talking.”

He said that they were both from the same neighborhood, so they just started seeing more of each other, spending time together, with their bond only growing deeper.

As his career playing midfielder evolved, Aine supported him every step along the way, even traveling with him. They were however, forced to live apart from each other for some time when Coutinho went on loan to Espanyol in 2012.

Despite this, their relationship managed to withstand the time apart and they were married the following year.

Now they are the happy parents of two young children, daughter Maria and son Philippe Junior. The whole family is moving to Barcelona for this new chapter in Coutinho’s career.

Each time he scores a goal, he dedicates the celebration to his wife by blowing a kiss in Aine’s direction, while she sits and cheers for her man in the stands.