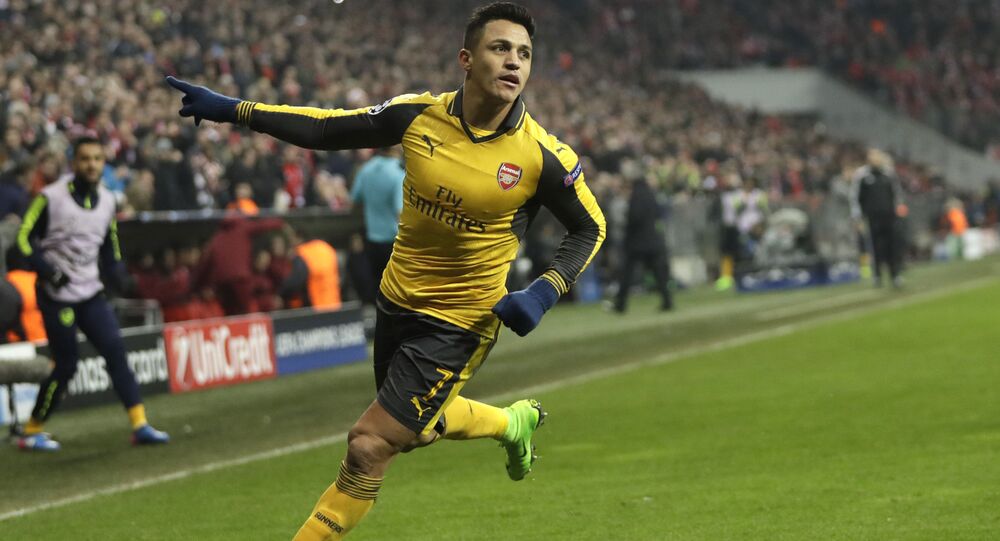 Bargains Galore: Who's Going Where in European Football's January Sales?

Football's transfer window reopens on Monday, January 1, and there is expected to be a rush of signings as clubs all over Europe seek that magic ingredient to win a championship or stave off relegation. Sputnik looks at soccer's hottest properties.

The football transfer window slammed shut at the end of August but it is due to reopen next week and several clubs will be queuing up like the keenest of shoppers at the January sales.

Manchester City, who are running away with the English Premier League under manager Pep Guardiola, are thought to be set to sign Southampton's Dutch defender Virgil Van Dijk for £60m (US$80 million).

Van Dijk was deliberately left out of Southampton's team for the trip to Tottenham on Tuesday, December 27, fueling speculation that he was leaving.

The Dutchman was angling for a move in the summer and was reportedly "tapped up" by Liverpool but Southampton refused to let him leave.

Which of these transfer rumours is most likely to happen? Vote below 👇 pic.twitter.com/A1HeczEUlP

Arsenal Set For a Clearout?

Another player who nearly moved in the August window is expected to leave next month.

Chilean striker Alexis Sanchez, who has refused to agree a new contract at Arsenal, is thought to be heading back to Barcelona for £35 million and may be joined at the Nou Camp by team-mate Mesut Ozil, who will be trying to help Germany retain the World Cup in Russia this summer.

It’s inevitable he’s off, but £8.5m for Philippe Coutinho is one of the best pieces of transfer business Liverpool Football Club has ever done. Stunning goal on his 200th appearance. 🔥

Barcelona, who are sitting on a pile of cash having sold Neymar in the summer for 222 million euros (US$264 million), are also expected to come back in for Liverpool's Brazilian winger Philippe Coutinho, who put in a transfer request on deadline day in August in a bid to force through a move to Catalonia.

One move which looks like being thwarted by a spouse is that of French international Olivier Giroud.

Everton, who desperately need goals having sold Romelu Lukaku in the summer, are keen on the Arsenal striker but his wife reportedly "does not want to move north of Watford".

Italian giants Juventus are keen on Liverpool's German midfielder Emre Can and are thought to be willing to offer Croatian winger Marko Pjaca, who could be a long-term replacement for Coutinho.

Tottenham, who are struggling to hold on to a place in the Champions League, are keen on signing Luke Shaw from Manchester United and Ross Barkley from Everton.

Chelsea are also mulling over a bid for Monaco forward Thomas Lemar.

Seagulls Looking for a Goal Machine

Brighton, who were promoted to the English Premier League in May, have had a good first half of the season but have struggled for goals and are rumored to be considering bidding £18 million (US$24 million) for Moussa Dembélé, a French striker who plays for Celtic in Scotland.

We are just 7 days away from the start of the January transfer window.

Be prepared for Sky journalists freezing themselves standing outside training grounds trying to catch a glimpse of a player. pic.twitter.com/WyWHEy4yOF

​Dembélé is only 21 but has scored 21 goals in 41 appearances for the Glasgow giants.

Brighton are also reportedly weighing up a bid for Zé Luís, a striker from the Cape Verde Islands, who plays for Spartak Moscow.

And finally West Ham are thought to be at the front of the queue for signing French midfielder Stephen N'Zonzi, who is surplus to requirements at Sevilla.

No Pain, No Gain: Football Player Breaks His Hand While Scoring a Goal (VIDEO)