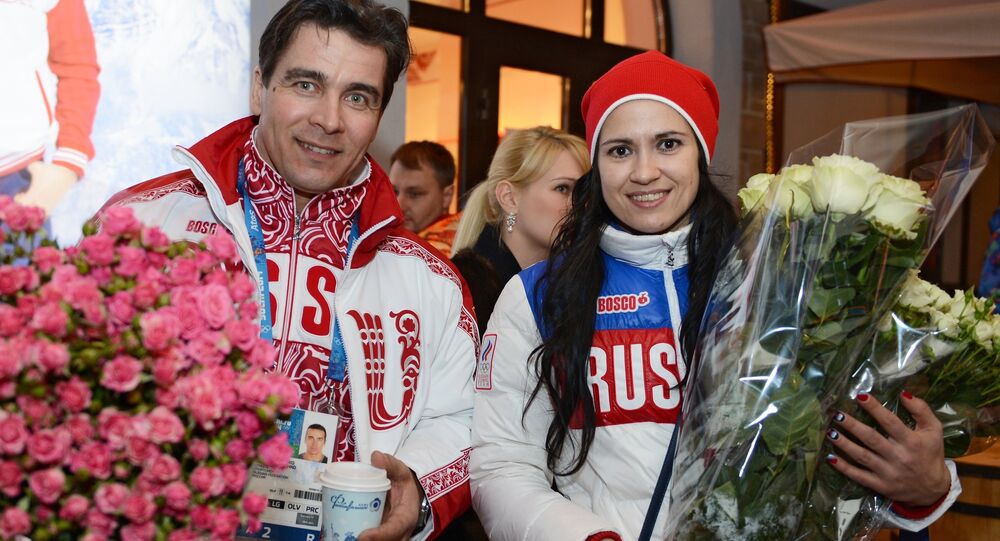 MOSCOW (Sputnik) - The International Olympic Committee decided to deprive Russia's lugers Tatyana Ivanova and Albert Demchenko of their silver medals, won at the 2014 Winter Olympics, and to ban them from competing in the Olympic events for life over the alleged violation of anti-doping rules by the athletes, IOC said in a press release Friday.

"Albert DEMCHENKO, Tatyana IVANOVA… are found to have committed anti-doping rule violations pursuant to Article 2 of The International Olympic Committee Anti-Doping Rules applicable to the XXII Olympic Winter Games in Sochi, in 2014, and are disqualified from the events in which they participated," the press release said.

According to the press release, the results shown by Demchenko and Ivanova during the Olympic Games have been canceled.

The decision has been taken as a follow-up to the conclusions of the IOC Disciplinary Commission led by Denis Oswald, responsible for rechecking doping probes of Russian athletes.

The Russian doping scandal emerged after revelations about the alleged state-sponsored doping program in the country by Grigory Rodchenkov, a World Anti-Doping Agency (WADA) informant and former head of Russia's anti-doping laboratory, in The New York Times in 2015.

READ MORE: Over 60% of Russians Back Athletes’ Decision to Compete in Olympics as Neutrals

After the publication of The New York Times article, WADA and IOC launched investigations into the alleged use of doping by the Russian athletes at various sporting events, including the 2014 Winter Olympics in Russia’s Sochi. As a result of its probe, the IOC banned a number of Russian athletes from competing at the Games, ordered the return of the medals of some others. At the same time, the IOC has allowed for "clean" athletes to participate in the upcoming Winter Games but only under a neutral flag.