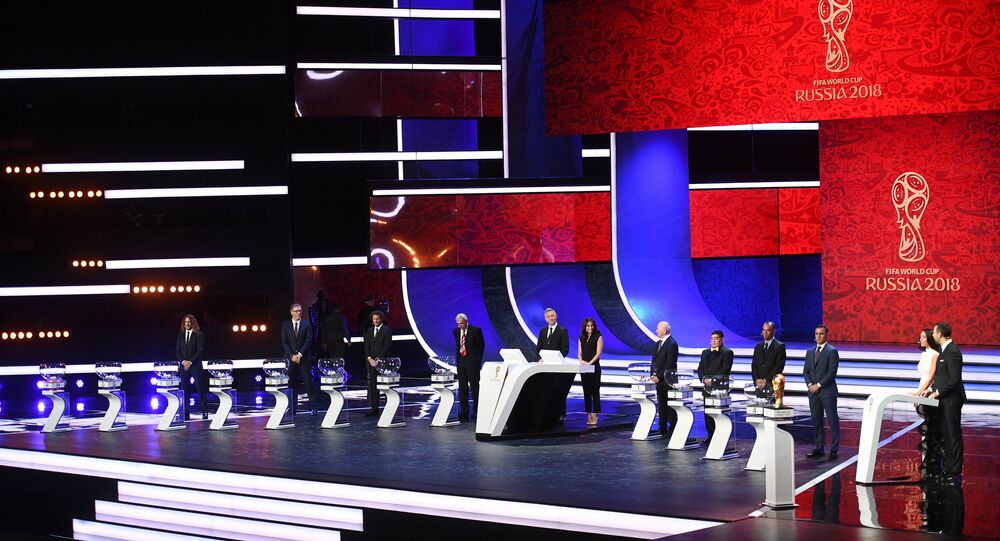 MOSCOW (Sputnik) - FIFA was contacted by the Russian Football Union (RFU) in regards to the data it received from the World Anti-Doping Agency (WADA) on the doping investigation, a FIFA spokesperson told Sputnik on Friday.

"We can confirm that FIFA has been contacted by RFU concerning the information recently provided by WADA in relation to the Russia doping investigation. FIFA is currently investigating all the data received from WADA and will get back to RFU in due course. We have no further comment at this stage," the spokesperson said.

© Sputnik / Vladimir Astapkovich
How Russia Prepares to Host FIFA World Cup 2018
On Thursday, RFU issued a statement saying that it was conducting its own investigation into doping control in Russia in 2012-2015, adding that it was willing to help FIFA to look into allegations of doping abuse. The statement came after report about WADA receiving the Moscow anti-doping lab database that contained the names of Russian footballers.

A spokesperson of Russian Investigative Committee also said Thursday that it offered FIFA "cooperation in the study of information provided by WADA," but FIFA did not comment on that statement.

WADA provided data obtained from Moscow anti-doping lab on Russian footballers to several organizations, including FIFA in the middle of December.

In June, media reports said that FIFA was investigating alleged doping violations of 34 Russian athletes, including the ones who participated in the 2014 FIFA World Cup. In November, a lawyer of WADA informant Grigory Rodchenkov, the former head of the Moscow Anti-Doping Laboratory, said that dozens of Russian football players, including the members of the national team, were engaged in the alleged state doping program.