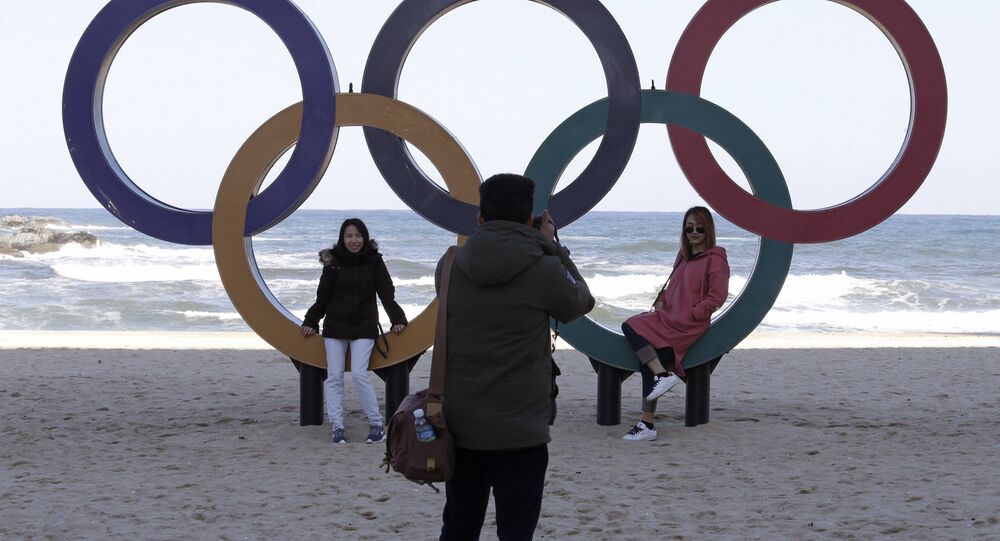 The tense situation on the Korean peninsula has spurred a sense of unease in both athletes and the public in the months leading up to the Olympics. Despite assurances from South Koreans, Norwegians have been unbooking their trips.

Ten Norwegians have recently canceled their bookings in a single hotel in the vicinity of the Olympic village in Pyeongchang.

"I received an explanation for why they are not coming, but I believe the missile threat from North Korea is the real issue," Oh Young-whya, the owner of the Daegwallyeong-sanbang hotel told Norwegian national broadcaster NRK.

Oh Young-whya, who has invested a lot of time and effort campaigning to bring home the Olympics and later in preparing his venue for the upcoming event, is dejected by foreigners' desire to stay at home for fear of hostilities.

"We Koreans do not fear that the North will attack," Oh Young-whya explained, venturing that the aggressive tone only implies North Korea's desire to hold on to power. "The atmosphere here is not at all tense. We don't feel it this way. I'm sure the Olympics will be both peaceful and a success," he added.

The Athletes Villages for #PyeongChang2018 are complete! There will be various facilities operated for the athletes' convenience during the Games-time. See you soon in Pyeongchang!😆 #Olympics #athletes #village

​Previously, several members of the Norwegian Olympic squad voiced security concerns in light of the upcoming games. Among others, top Norwegian skier Martin Johnsrud Sundby said he was worried about "Mister Kim and the cowboy in the US," arguing it would be ignorant not to be anxious.

© AFP 2021 / Martti Kainulainen / Lehtikuva
Bad Day for Norwegian 'Asthma' Skiers: WADA Restricts Use of Inhalers
Nevertheless, forfeiting the Olympics has not been considered as an option for the nation leading the world in winter sports. Over the decades, Norway has amassed 329 Olympic medals (118 of which are gold), with cross-country skiing, biathlon and speed skating being among the top sports.

"The Olympics will be held regardless of whether it flares up between Trump and Kim," Norwegian skier Emil Iversen emphasized.

​Koh Yu-hwan, a professor of North Korean studies at the University of Dongguk and adviser to the president of South Korea, also dispelled Western fears.

"The Olympics will be held in a divided country, but it's still unlikely that North Korea will provoke an incident. You don't have to worry, come here and enjoy the games in complete safety," Koh Yu-hwan said.

"We do what we can to have security procedures in place so that people coming to Korea feel safe," Nancy Park, spokesperson for the Pyeongchang Olympics Organizing Committee said, referring to cooperation between police, military and intelligence organizations.

#Safety is more important than anything! Counter-terrorism discipline was executed yesterday for the perfect safety of #PyeongChang2018.