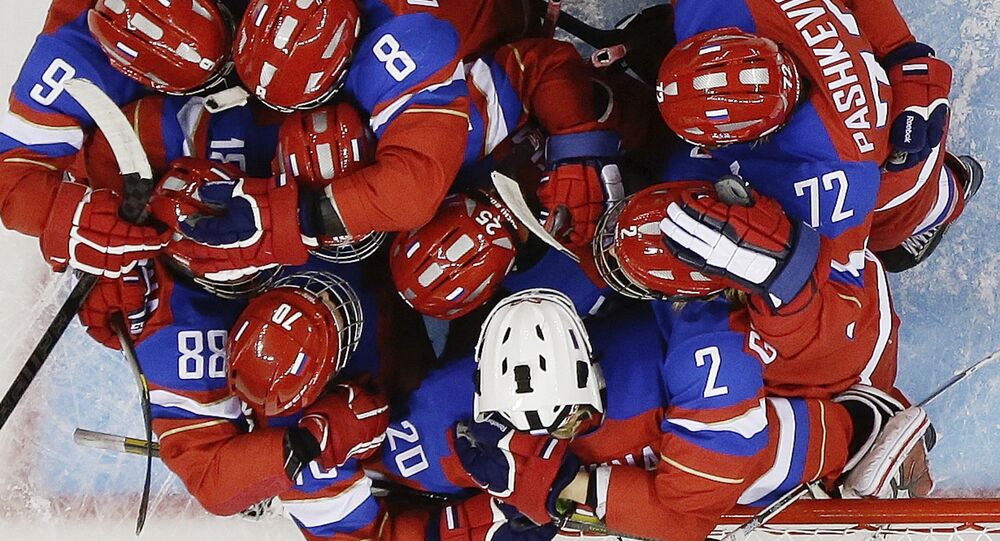 On December 5, the International Olympic Committee allowed clean Russian athletes to perform at the 2018 Winter Olympics in Pyeongchang under the Olympic flag.

"Today, the International Olympic Committee (IOC) has published new decisions from the Oswald Commission hearings, which are being conducted in the context of the Sochi 2014 forensic and analytic doping investigations. As a result, six Russian ice hockey players, Inna Dyubanok, Ekaterina Lebedeva, Ekaterina Pashkevich, Anna Shibanova, Ekaterina Smolentseva and Galina Skiba, have been sanctioned. The case opened against a seventh athlete has been closed without a sanction… The six athletes are declared ineligible to be accredited in any capacity for all editions of the Games of the Olympiad and the Olympic Winter Games subsequent to the Olympic Winter Games Sochi 2014," the statement issued by the IOC reads.

The committee also made a decision to disqualify the Russia team from "the Women's Ice Hockey Event and the International Ice Hockey Federation is requested to modify the results of the event accordingly."

Commenting on the decision, Yekaterina Smolentseva said that she would file a lawsuit to the Court of Arbitration for Sport.

The commission of athletes of the Russian Olympic Committee announced Monday that it would support those Russian athletes who expressed their readiness to take part in the Olympics.

The same day, the Russian Olympic Committee's (ROC) Athletes Commission drafted an appeal to the IOC President Thomas Bach with a request to review the decision on the Russian national team's participation in the 2018 Olympic Games without the national anthem and flag.