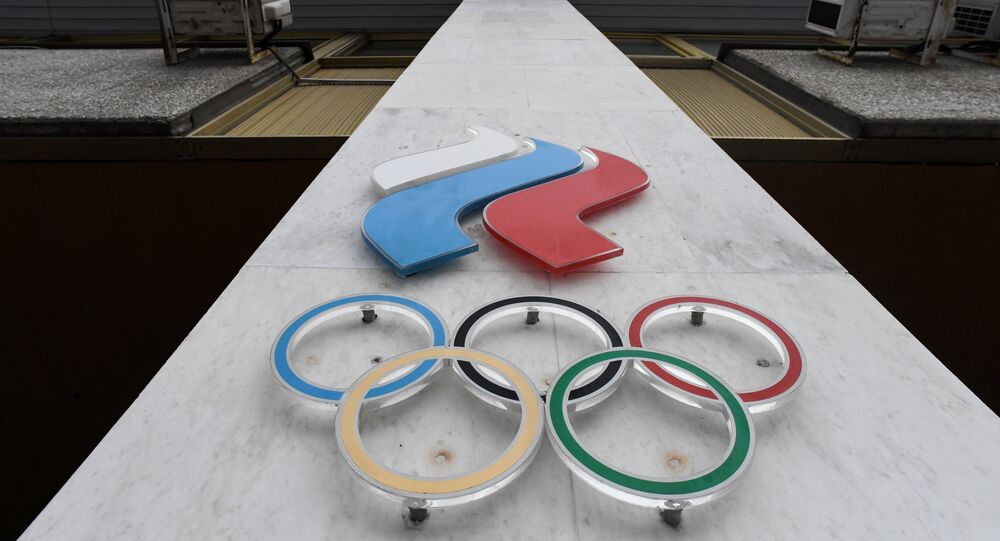 The Russian Olympic Team's suspension from the upcoming 2018 Winter Olympics in Pyeongchang, South Korea is an orchestrated and politically-motivated decision, President Vladimir Putin said on Wednesday.

On Tuesday, the International Olympic Committee ruled to disqualify the Russian team from participating in the games following a probe into the country's alleged "systematic doping manipulation." According to the IOC, so-called 'clean' Russian athletes that choose to participate must compete under the Olympic Flag, and the Olympic Anthem will play in the event that they receive medals.

Russian President Vladimir Putin voiced his disagreement with the decision. "All of this looks like an absolutely staged and politically motivated decision. We can see it, and for me there is no doubt about it," he said, speaking to workers at an automotive plant in Nizhny Novgorod where he also announced his intention to seek reelection at the upcoming 2018 elections.

© Sputnik / Vitaly Podvitski
No Russian
As for the terms of the IOC decision, Putin said that it would be up to individual Russian athletes to decide if they would participate as neutral competitors. "We will certainly not declare any boycott. We will not prevent our Olympians from competing if they want to take part as individuals," he said.

Denying claims of the existence of a Russian state-sponsored doping program, Putin said that the testimony of former Moscow anti-doping lab director Grigory Rodchenkov, whose allegations led to investigations which culminated in the IOC's decision, raised more questions than they answered. The final decision was "mainly based on the testimony of a person whose moral and ethical attitudes and psychological state raise many questions," Putin said, without referring to Rodchenkov by name. "Most of the accusations are based on claims which have not been proven and are largely unfounded," he added.

Putin noted that Russia was partially to blame for the situation, and called for anyone actually found guilty of violating the IOC's anti-doping rules to be punished, but added that the body used the allegations in a "dishonest" way to issue a blanket ban against the entire Russian team.