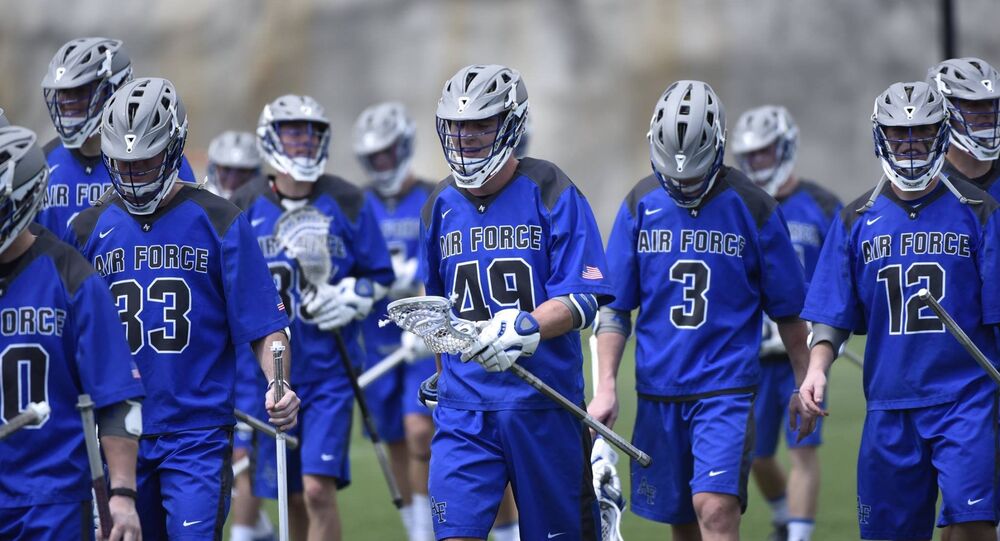 On Tuesday, the US Air Force Academy announced that misconduct among its champion lacrosse team has resulted in the suspension of some of the team’s players and coaches.

Although the cause for suspension has not been revealed, USAF academy spokesman Lt. Colonel Allen Herritage told the Colorado Springs Gazette, "Some members of the team and coaches have been put in an inactive status, and will not participate in group lacrosse activities or inter-collegiate competition until further notice."

© AFP 2020 / DESHAKALYAN CHOWDHURY
No Thanks: US Air Force Has No Plans to Use Trump Order to Recall Retired Pilots

"These actions are effective today and may be revisited as the investigation progresses. Because that investigation is ongoing, I cannot disclose any further information," Herritage added.

Inside Lacrosse reports that the scale of suspensions is huge, and includes the entire coaching staff.

Although there is some speculation on social media that the investigation was triggered by hazing, other sources suggest that it may instead be due to military rules infractions.

This investigation comes not long after academy leaders congratulated the school's athletic department on changing their protocols following a string of scandals linked to its athletes.

A 2014 internal investigation by the school revealed that there was ongoing drug use, binge drinking and sexual assault by academy athletes. The school evaluated and changed their recruiting process to avoid recruiting players they assessed as likely to engage in such activities.

The current investigation also comes after the school's 4,000 cadets were recently addressed by superintendent Lt. General Jay Silveria regarding racist graffiti found on note boards around the school.

"If you demean someone in any way, you need to get out," the superintendent said during his speech.