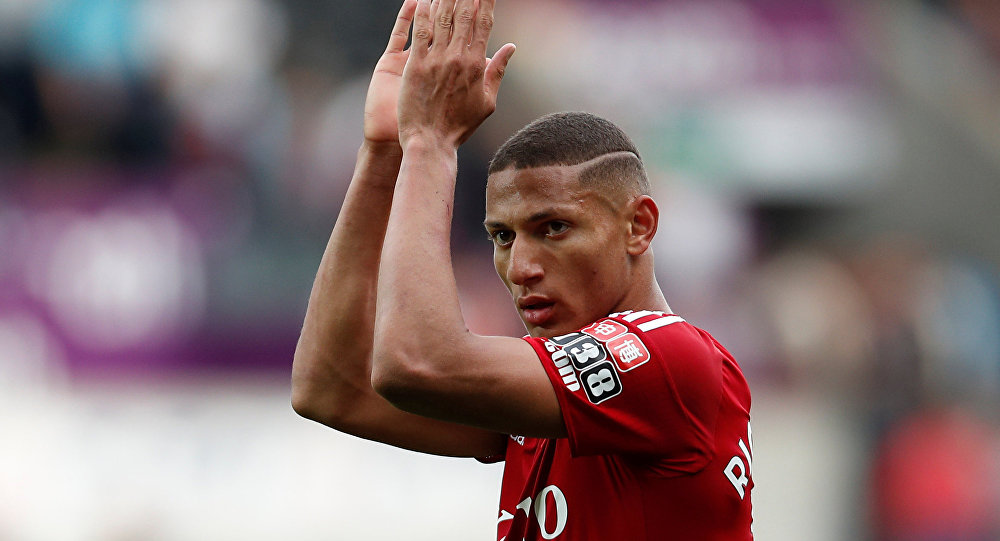 From Guns & Drugs to Football: The 'Boy From Brazil' With the World at His Feet

A young South American footballer has spoken about the stark choice he had to make in life at an early age - become a drug dealer or follow his dream and strike it big in the glamour world of British football.

Staring down the barrel of a gun, the "Boy from Brazil" — called Richarlison de Andrade — knew he had to decided, and rather quickly, what he wanted to do with his life whether to move into the drug trade or score on the football pitch.

Having swapped the crime-ridden streets of Vila Rubia, a tough neighborhood of Nova Venecia, in Brazil, for the glitzy streets of west London, the footballer has now spoken of the remarkable transformation in his life after joining English premiership side Watford in a £11.5 million (US$15.1 million) deal in the summer — and the one he has left behind for good.

"I remember when I was growing up in Brazil, a guy once pointed a gun at my face because he thought I was a drug dealer trying to steal his distribution point. That was my life," Richarlison said.

"That sort of thing was normal in my life, so I was not scared at all. It was a pretty rough area: I saw drugs in front of me every day and gunshots as well."

Talking of his past life, the 20-year-old footballer said he lived in a small house which had a backyard where people used to hide drugs before selling them.

"They were my friends, so I could not do anything against them," he explained.

"They were mostly involved with selling weed and stuff, but I have never touched it. Some of my friends from that time are in jail now."

Football ultimately proved to be his salvation and a better chance in life — although he admits it could have been such a different story.

"There was everything to turn myself into a drug dealer, but my coaches were from the police. As they were aware of where I was from, they were always giving me advice in order to prevent me going on that bad path," said Richarlison.

Playing before sell-out crowds in England every week, the footballer faced an agonizing choice as a youngster when his parents split up when he was just seven years old, and had to decide who he was going to live with.

"I cried a lot. I was in the moving truck with my mum, with all the furniture, beds and wardrobes. At the very last minute I dropped out from the truck. All my siblings went with my mum, but I stayed with my dad."

The reason? "He was the person with whom I played and watched football," Richarlison revealed.

"I knew my mum would not take me to the games. I was young, but not silly."

Eventually moving back to his mum, as a teenager, he sold homemade ice cream on the streets of his home town while still hoping to make a name for himself in the football world.

Despite being rejected by several Brazilian clubs, Richarlison finally made the grade when he joined America-MG's youth academy, having traveled 12 hours on a bus for a trial.

Richarlison when asked if he's scared of playing Chelsea this weekend…

His rise, since then, has been meteoric having helped America-MG secure promotion to Brazil's top flight league. He signed for one of the country's leading team, Fluminense, and featured prominently for them, before attracting the attention of top sides in Europe.

As he prepared to fly to Holland to sign for former European Cup winners Ajax in August, 2017, Richarlison received an unexpected call from England. Having watched the premier league on television in his early years, he decided to make the move to Britain.

Now his performances are expected to be rewarded with  the footballer being tipped to be called up by the Brazilian national team for next month's match against England at Wembley.