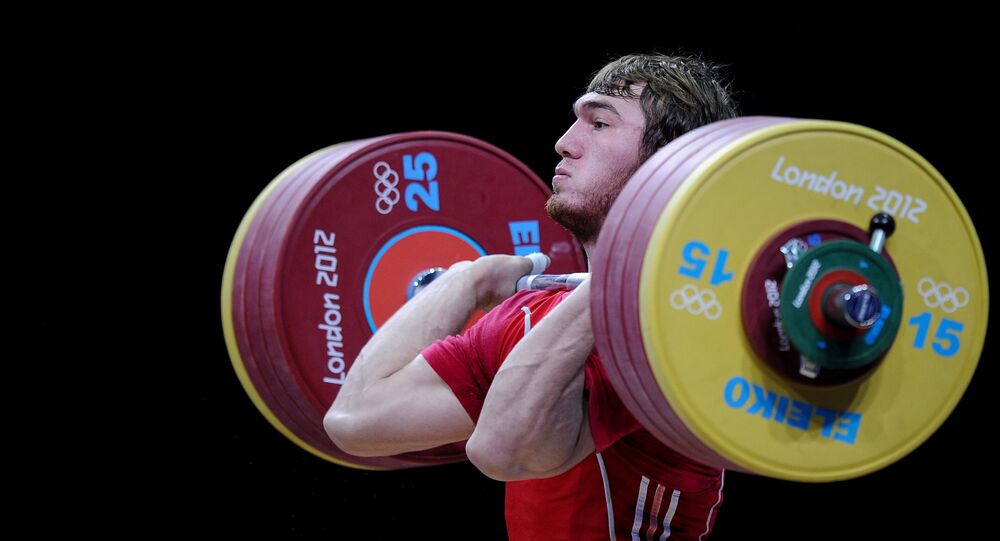 The Executive Board of the International Weightlifting Federation found Anti-Doping Rule Violations and suspended national federations of nine countries for one year.

MOSCOW (Sputnik) — The Executive Board of the International Weightlifting Federation (IWF) has decided to suspend national federations of nine countries, including Russia, for one year over violations of anti-doping rules.

"The International Weightlifting Federation (IWF) Executive Board (EB) today unanimously decided that Member Federations (MFs) found to have produced three or more Anti-Doping Rule Violations (ADRV) in the combined re-analysis process of the 2008 and 2012 Olympic Games shall be suspended for one year. The MFs which have been identified as such are currently Armenia, Azerbaijan, Belarus, China, Moldova, Kazakhstan, Russia, Turkey and Ukraine," the IWF statement issued on Saturday read.

The insidethegames website said a previous report on alleged doping found in the samples of heavy lifters from nine successful weightlifting nations would be presented to the IWF's executive board on September 30 and October 1.

Each of the nine countries are reported to have had three to ten positives in the retests — a total of 49 athletes, including 30 medal winners. They would be possibly able to shorten the ban term after the IWF tournament by signing up to strict conditions.