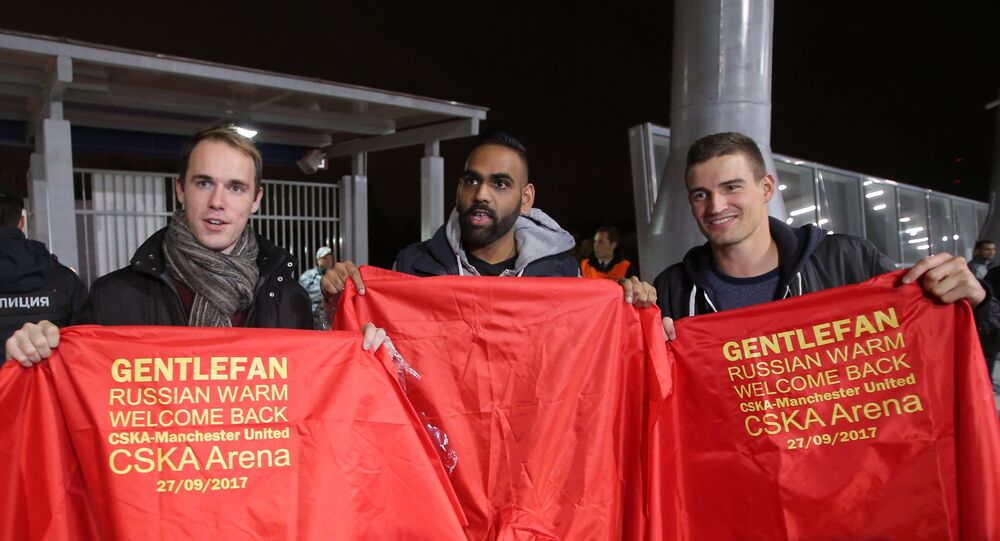 A group of Russian CSKA football fans arranged a hospitality event for supporters of the Manchester United club, ahead of the Champions League match between the two teams in Moscow on Wednesday.

The Russian football club suffered a crushing defeat at the hands (feet) of the Brits in this second round match, with MU beating CSKA 4-1.

Jose Mourinho's men played in Russia for the second time this year; in spring 2017 the British players came to Rostov-on-Don as part of the Europa League.

That spring match saw the unveiling of the public campaign #Gentlefan, with Russian fans presenting warm blankets to the English guests.

This week, a group of Spartak fans, whose team snatched a 1-1 draw in the Champions League match in Moscow, have arranged another hospitality event for supporters of the British club.