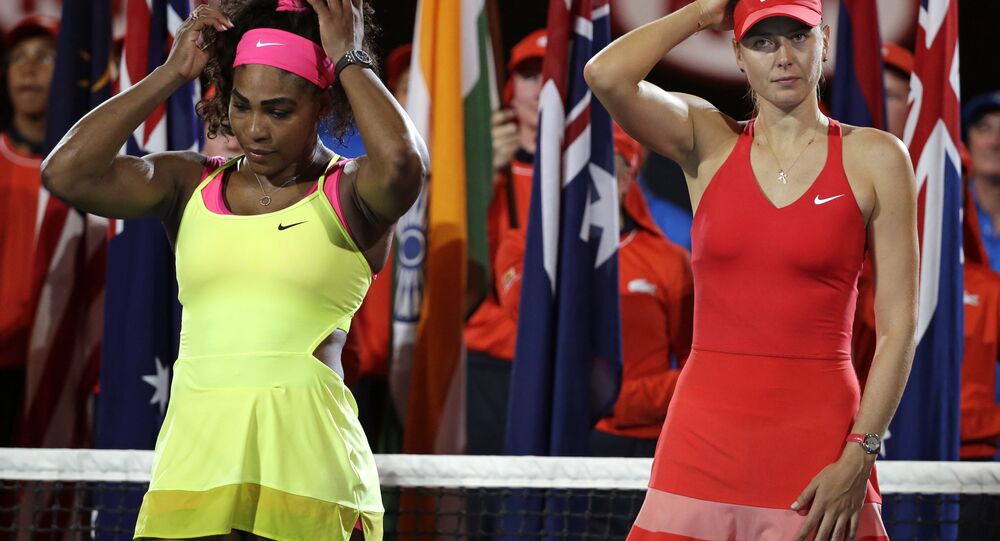 Britain's number one player insisted fellow female sportswomen make the same sacrifices and are as equally determined and committed to winning as any of the top men on the tennis circuit.

In an interview with the BBC, British tennis star Andy Murray — who famously corrected a journalist's casual sexism comment during Wimbledon — admitted that he has never set out to be a spokesperson for women's equality.

His experience or working with former French player Amelie Mauresmo, he said, had given him a valuable insight into attitudes to women in sport.

"It was unusual for a male tennis player to work with a female coach, I am often asked about that. Working with Amelie was, for me, because she was the right person for the job, and not a question of her sex at all. However, it became clear to me that she wasn't always treated the same as men in similar jobs, and so I felt I had to speak out about that," Murray said.

The Scot — who has struggled with injuries and lost his world number one ranking — revealed he would find it hard to look any of the top female tennis players in the eye if he did not speak his mind.

"People often underestimate the amount of work that it takes to become a top tennis player. And that work ethic is the same whether you are a man or a woman," he said.

"There are hours spent in the gym, on court, in physio, traveling, analyzing matches and opponents, talking with your team, managing your body, and of course, making plenty of sacrifices," Murray added.

Two-times Wimbledon champion Murray revealed the most fun he had had on court has been playing mixed doubles with fellow Brits Heather Watson and Laura Robson at both the Hopman Cup in Australia and the Olympics — although he joked they would probably think otherwise.

He stressed tennis had come a long way in the past 35 years with men and women being paid equally in terms of winning events which was only fair.

"Hopefully tennis can put pressure on other sports to do the same. The London Olympics also provided a great platform for women's sport in the UK. We had some brilliant role models like Jess Ennis-Hill and Nicola Adams who were normal British girls who achieved greatness and it will be interesting to see whether that did really inspire a generation," he said.

Great strides, Murray said, had been made to encourage females to play traditionally male-dominated sports including cricket, football and rugby.

The tennis superstar explained he felt encouraged and optimistic about women in sport, insisting:

© AP Photo / Charles Krupa
Venus Williams, of the United States, right, talks with her sister Serena after losing a point in a doubles match against Lucie Safarova and Barbora Strycova, of the Czech Republic, at the 2016 Summer Olympics in Rio de Janeiro, Brazil

American basketball superstars LeBron James and Kevin Durant together with American football player Victor Cruz all physically promoted Nike's new 2017 Equality campaign which underscores that equality should have no boundaries.

Is this the land history promised? This field of play. Where the dream of fairness and mutual respect lives on. Where you are defined by actions, not your looks and beliefs. For too long these ideals have taken refuge inside these lines. Equality should have no boundaries. The bond between players should exist between people. Opportunity should be indiscriminate. Worth should outshine color. The ball should bounce the same for everyone. If we can be equals here, we can be equals everywhere. #EQUALITY #nike

Similarly, NBA star Draymond Green spoke out last year in an interview with Sports Illustrated magazine to champion the cause of female basketball players.

The 2016 Gender Balance in Global Sport report, written in the lead-up to the Olympic Games in Rio de Janeiro, and released by Women on Boards, an advocacy organization based in the UK and Australia, found a "vast" gender wage gap still exists within sport, with female athletes battling for better pay in a billion-dollar industry that remains predominantly male.

The update follows on from an early study published in June 2014, including data sourced from more than 300 bodies, which showed significant differences in pay for men and women in basketball, golf and football.

There had been progress made towards parity in cycling and cricket, while athletics and tennis offered just about equal renumeration for men and women. But despite "some brighter spots," the report concluded a "long journey to pay parity" remained.

But despite "some brighter spots," the report concluded a "long journey to pay parity" remained.