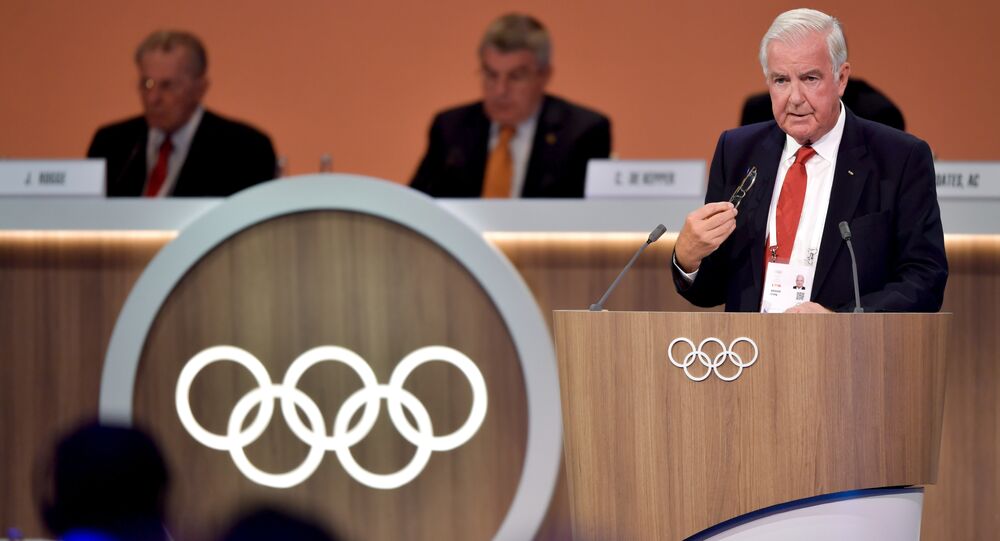 During a current IOC session in Lima, the WADA president criticized the Institute of National Anti-Doping Organisations for ignoring the efforts done by Russia to improve its anti-doping system.

MOSCOW (Sputnik) — President of the World Anti-Doping Agency (WADA), Craig Reedie, on Friday criticized the Institute of National Anti-Doping Organisations (iNADO) for ignoring all the efforts done by Russia to improve its anti-doping system.

© REUTERS / Christinne Muschi/File Photo
WADA Reveals One Key Factor Behind Clearing of 95 Russian Athletes
A group of 17 leading iNADO members has recently called for the Russian Olympic Committee (ROC) to be excluded from 2018 Winter Games in Pyeongchang over alleged state-sponsored doping.

Speaking at a current IOC session in the Peruvian capital, Lima, Reedie said that iNADO's position "omits entirely" the work which has been done in Russia in a wake of the doping scandal.

"I will be taking this matter up with my Executive Committee during our next meeting in Paris [on September 24]," he added.

Reedie also stressed that "there has been much progress with the roadmap for RUSADA [the Russian anti-doping agency] to move towards them becoming compliant."