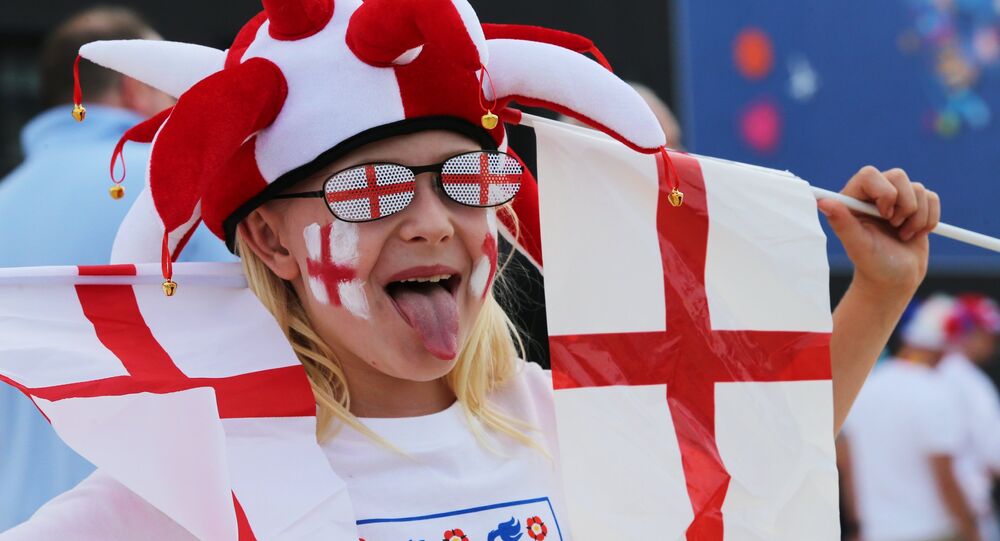 Could England, China, Argentina Be Set to Battle Over Hosting 2030 World Cup?

The fight for the honor of hosting the World Cup in 13 years' time is already turning into a battle royale between three continents.

The 2030 World Cup will be the centennial tournament and all eyes will be on who gets the honor of hosting football's greatest spectacle.

England, still smarting after they missed out on hosting in 2018, is widely expected to mount a bid on behalf of Europe's governing body, UEFA. An FA spokesman told Sputnik no decision had been made yet, but England did want to host the women's European championship in 2021.

But Argentina and Uruguay, who have both hosted the tournament once before, have submitted a joint bid, along with Paraguay.

Uruguay was the host of the first World Cup in 1930 — which they won — and is keen to be part of the 100th anniversary celebrations.

In 1978, Argentina hosted — and won — the World Cup in the midst of massive human rights abuses.

Indonesia, which failed to secure the World Cup in 2022, is also considering bidding for the 2030 Cup, although it is thought it might opt for 2034 instead.

President Joko Widodo has reportedly given his blessing to another attempt.

"The president is supportive. The PSSI's and the government's intentions will be officially declared (later) in September," said Joko Driyono, acting secretary-general of the Indonesian football federation, the PSSI.

But the Indonesians are thought to be conscious that their mighty neighbors, China, are planning a bid for 2030.

Came to get my 2030 World Cup tickets… pic.twitter.com/m1tsAGLRHZ

FIFA boss Gianni Infantino visited Beijing in June and told President Xi Jinping that China would host a World Cup "in the future."

Xi is known to be a huge football fan and is said to be furious at the inept national team, who failed to qualify for next year's World Cup in Russia, despite winning their final game against Qatar.

Although China have only appeared in one World Cup before — in 2002 — and lost all three matches, the country would tick a lot of boxes commercially and in terms of its footballing potential.

Qatar, who will host the tournament in 2022, ended up bottom of the Asia qualifying group with just two wins and a draw out of 10 matches.

FIFA, which has been mired in controversy since Sepp Blatter stepped down in the summer of 2015, has delayed the decision on who will host the 2030 tournament until May 2020.

Although Morocco is in the running, representing Africa, it is almost certain FIFA will opt for a joint bid from the United States, Canada and Mexico.

The US hosted the tournament in 1994, while Mexico has hosted it twice, but it would be a first for Canada.

If successful it would be the first time the tournament had been hosted by three countries.

In 2002, Japan and South Korea, despite years of enmity, hosted the tournament together and it was widely considered to be a big success.

But FIFA announced earlier this year that it planned to expand the World Cup from 24 teams to 48, which will mean the need for a far greater number of stadiums.

Victor Montagliani, the president of the Concacaf, the federation which covers North America, Central America and the Caribbean, said the joint bid by Mexico, the US and Canada would be "a fit" with the new format, which will involve 80 games.

Earlier this week, US sports executive Charlie Stillitano said he believed only the actions of President Donald Trump could wreck the 2026 bid.

"Every day I wake up and I see our president has made a new tweet. The only thing that could possibly derail the bid is some crazy action on the part of our government, but I can't even imagine that. It's ours to lose. I can't imagine we won't have the World Cup," Mr. Stillitano said at a convention in Manchester.

Awkward Guests? Ukraine Improve Chances of Making It to the World Cup in Russia

Why the World Cup Might Change British People's Minds About Russia