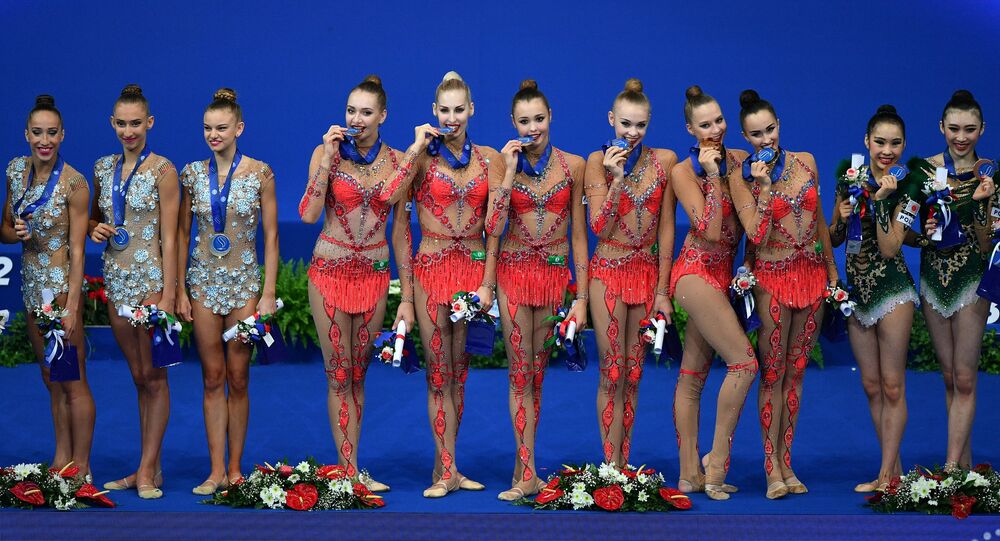 Russian team has won the all-around competition at the Rhythmic Gymnastics World Championships in Italy.

The championship is held in Italy between Wednesday and Sunday.

Over 360 Gymnasts Abused Across US, Including by Coaches