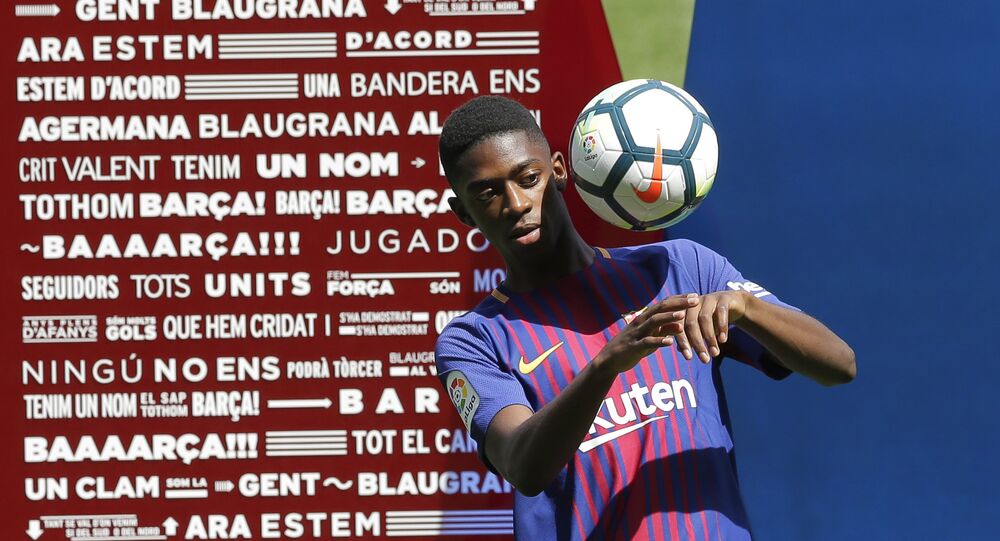 FC Barcelona’s latest acquisition Ousmane Dembele, who has replaced Neymar in the second most expensive deal ever, failed to impress his supporters at recent kick-ups during Nou Camp unveiling, sending fans into a social media frenzy.

Dembele was introduced to FC Barcelona fans at a Nou Camp unveiling on Monday where he performed a mandatory show of kick-ups in front of his new supporters.

However, one video from the unveiling suggests that the show didn't exactly go as Dembele had planned, because he was seen losing control of the ball after barely two kick-ups.

​He then tried to impress the crowd by doing another trick but the ball bounced off his backside.

Social media users and diehard fans of Barcelona and Real Madrid took notice of this failed attempt and a social media storm ensued with some people poking fun at the new player while others were defending him.

​Many Barcelona fans shared clips of his previous matches expressing hope that Dembele’s performance was down to first-day jitters and that he will quickly adapt to life at the Nou Camp.

Dembele sending Vallejo back to the slums of Zaragoza. pic.twitter.com/mLZ8LtYwlO

​Some fans couldn’t help but make fun of a few Real Madrid players who have also failed to impress on occasion.

​However, one thing is clear, Ousmane Dembele has replaced Neymar and those are some big shoes to fill.

Dembélé: "I'm very happy to be here in the best team in the world." pic.twitter.com/DAoQg8vCBc

​Dembele is a French professional footballer who joined FC Barcelona from Borussia Dortmund for an initial fee of £96 million ($124 million), though the fee could eventually rise to £136 million ($176 million).

The deal means he becomes the second most expensive player in history, behind the £198 million ($256 million) fee paid to FC Barcelona by Paris Saint-Germain for Brazilian footballer, Neymar.