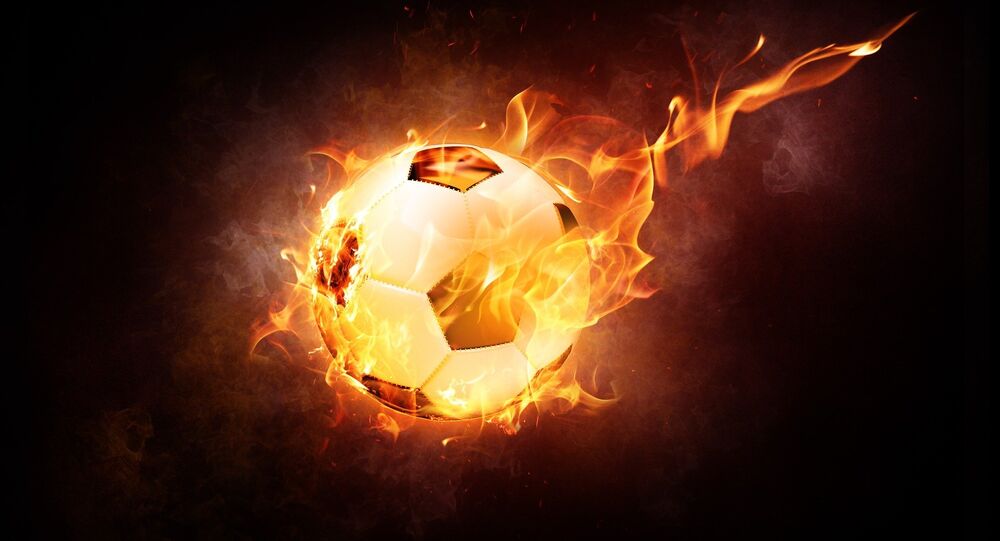 Drug taking has been prevalent among world football stars long before this latest doping bombshell dropped, an expert has revealed.

As investigations began into how confidential medical details and doping data involving 160 players leaked onto the web, an award-winning sports writer said the only question that really needed answering is the scale of the abuse within the "beautiful game."

​Journalist Bill Leckie said there was nothing new about doping in football as it has been going on for decades now.

"As far back as the 30s, Wolves trainer Major Frank Buckley was infecting his players with monkey gland extract for muscle growth, so the shock would be if it wasn't happening today," Leckie told Sputnik.

"The only question is whether it's happening on an individual, team or industrial scale."

"There are always bound to be guys on recreational substances and others getting dispensation on steroids for allergies and skin problems. But I can't help thinking that if blood doping and anabolics have been used in cycling, athletics, baseball and whatever, it would be amazing if they haven't also been widespread in football," he said.

Senior officials from both FIFA, the world's governing body, and the Football Association (FA) in London, are now trying to determine how this highly sensitive and secret information was obtained in the first place.

"The FA is disappointed that strictly confidential information has been released into the public domain. The details of the ongoing cases cannot be discussed or disclosed until due legal process has been completed," an FA spokesman said.

Gordon Taylor, chief executive of the Players' Football Association, voiced his concern over the hacked leak.

"It is a massive worry that this has been leaked. A lot of player associations in football and other sports around the world have been extremely concerned this might happen," Taylor said.

In its statement, FIFA, argued that it has "a clear, robust and stringent policy in place concerning TUEs.

"This policy is applied strictly to avoid any abuse and ensure the process of granting TUEs is the same for all players," an official said.

He argued the use of the steroid "should be stopped — full stop."

"I was always warning about the use of them and trying to educate people," said Professor Dvorak.

The latest leaked data was posted by a group called Fancy Bears International who have previously leaked files from the World Anti-Doping Agency in September 2016.

"Football players and officials unanimously affirm that this kind of sport is free of doping. Our team perceived these numerous claims as a challenge and now we will prove they are lying," Fancy Bears warned.

It had earlier posted medical details surrounding five-times Olympic cycle champion and Tour de France winner Bradley Wiggins after he was given a TUEs — a doctor's note permitting the use of a banned substance to treat a health condition.

This is the first time the hackers have delved into football cases.

Today we publish the materials leaked from the IAAF officials. Visit our official website https://t.co/5qRnDZ8Nnk pic.twitter.com/bMsR4lCg38

The South American footballers are two of five listed in a document that details TUEs and declarations of use of medicines during the 2010 World Cup in South Africa.

No England players were listed and there is no suggestion of wrongdoing on the part of those named.

However there was a case involving an unnamed Brazilian who tested positive for a weight loss drug as he prepared to be best man at a wedding.

In its statement, the World Anti-Doping Agency (WADA) said it was aware cyber espionage group Fancy Bear had once again released information, in particular, confidential athlete data regarding Therapeutic Use Exemptions on its website.

"As WADA takes data privacy very seriously, the Agency immediately examined the information, and, was quickly able to determine that it is not housed in WADA's Anti-Doping Administration&Managment System (ADAMS). Stakeholders can rest assured that ADAMS remains secure," the WADA said.

WADA insisted the TUE process was a means by which an athlete can obtain approval to use a prescribed prohibited substance or method for the treatment of a legitimate medical condition.

"The TUE program is a rigorous and necessary part of elite sport, which has overwhelming acceptance from athletes, physicians and all anti-doping stakeholders worldwide," WADA said.

"This criminal activity undertaken by the cyber espionage group which seeks to undermine the TUE program and the work of WADA and its partners in the protection of clean sport, is a clear violation of athletes' rights," WADA added.