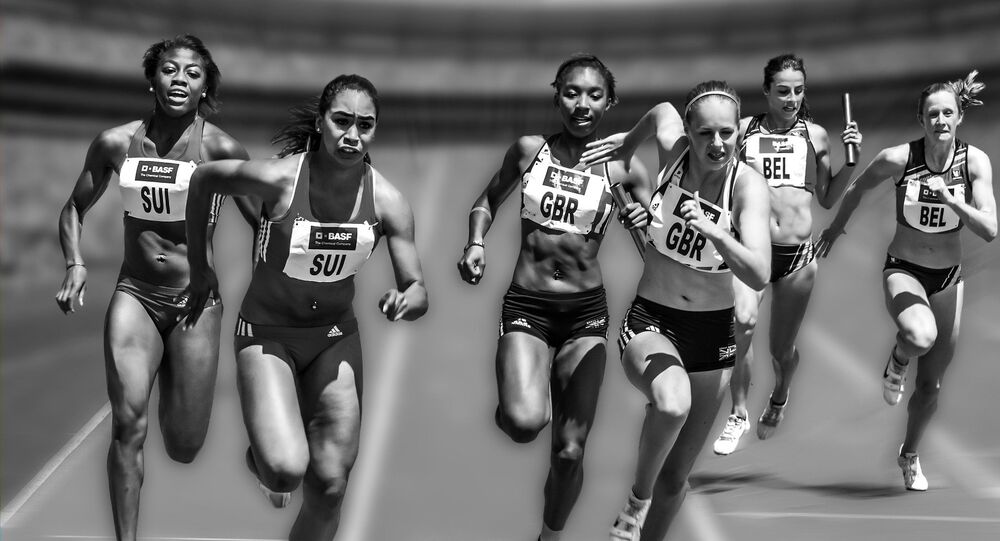 Sports and Modern Slavery: Have You Heard of Athletic Trafficking?

The World Championships have begun, top athletes head to London,UK to compete in track and field events, hoping to win the top prize and to beat their opponents. However there is a darker side to the sporting event which many are likely to be unaware of.

© AFP 2020 / BEN STANSALL
European Athletics President Allegedly Falsified Doping Samples in 80s
An investigation by the Guardian newspaper has revealed that a number of athletes are being trafficked into the UK as they participate in games, but if they win they are denied their money and some are even tricked into taking drugs.

The investigation led the journalists to a young woman by the name of Lily, who in 2009 — at the age of 18 — was spotted by a Turkish coach in Addis Ababa, Ethiopia. He persuaded her to switch her allegiance to Azerbaijan.

"They promised me a good salary, a house and expensive cars if I won races. But I never received any. I had my prize money stolen, was tricked into taking drugs and I would advise against anyone doing it," Lily told the Guardian.

46 million people are victims of modern slavery. We're working with international partners to #EndHumanTrafficking by 2030. pic.twitter.com/wwcebjWX12

​This is not the first time an athlete has changed nationality however. The International Association of Athletics Federations (IAAF), who are the world governing body for athletics, said that in 2016 they received 25 applications to switch allegiance.

Some believe that making athletes switch allegiance an attempt by oil-rich countries such as Qatar, Bahrain and Azerbaijan to increase their chances of winning medals.

Human trafficking is a widespread problem which affects people from all over the world.

The International Labor Organization (ILO) estimates that trafficking is a global business worth approximately US$150 billion, affecting over 20 million people worldwide.

Although there are initiatives to raise awareness in the community, and with athletic trafficking being more common than many realize, it is a phenomenon that rarely makes it to the front pages in the mainstream media.

According to @UNODC #Humantrafficking takes various of forms, with sexual exploitation been on the front line. pic.twitter.com/M9Aw979mjs

In 2011 three athletes were recruited from Nigeria to play for an NBA youth league. However instead, they were taken to play for a high school in Mississippi. Given no food and provided with poor living conditions, they were sent to play for a coach in Arkansas.

In 2017 eight athletes from Puerto Rico, both male and female, were recruited to play for a New Jersey high school — it was believed they were moved across several states before landing in the state.

Acording to @UNODC #Humantrafficking, a modern day slavery, is the 3rd largest crime in the world. pic.twitter.com/FLQDOBs9Ed

Tamara Barnett, Project Leader at the Human Trafficking Foundation — a UK-based organization that works with the government to lobby for better protection for people against traffickers — told Sputnik that it's very hard to fully prevent trafficking. There is however more that can be done to safeguard those at risk.

"The Modern Slavery Act is pretty world-leading as it has a supply chain element to it. So any company with a 36 million turnover has to sign up to it […] I think the government is taking a leading step, but there is a lot more that can be done. It's a first step, but there is also a huge way to go," Ms. Barnett told Sputnik.

Ms. Barnett said that the scale of trafficking worldwide is massive and that due to the various types of exploitation, it makes the subject that more complex.

Most importantly, there maybe even more people at risk of being trafficked than people realize.

For World Day Against Trafficking in Persons help raise awareness of #modernslavery and share this video https://t.co/laJ2vTx4hg @UnseenOrg

​In the case of athletic trafficking, new ways of bringing people to the UK and US and exploiting them are being used by criminals on a daily basis.

Ms. Barnett said that these methods can range from the person applying for a visa legally to people being tricked into traveling abroad.

She believes that protection of vulnerable groups is key if athletics trafficking and other forms of exploitation are to be avoided.

For athletes like Lily who fell foul to trafficking, things have drastically changed, making her life completely different from what she envisaged it being a number of years ago. But she also hopes that others do not become victims like she did.

"I tried my best for Azerbaijan, I trained hard and ran well, but in the end they treated me like rubbish," Lilly said.