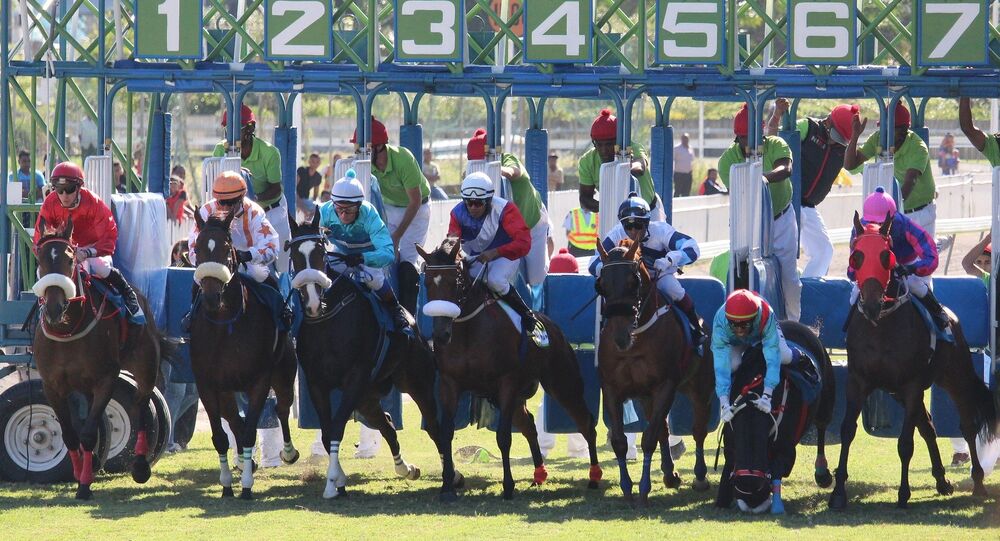 Bookmakers are demanding compensation after the "wrong horse" won a race in England. Two horses from the same stable got mixed up at Yarmouth racecourse on Thursday (July 27) despite microchip technology which is supposed to prevent this sort of blunder.

When Mandarin Princess, a horse which was considered to have no chance of winning, ran home in first place at 50-1 eyes were raised.

Dramatic news — the 'winner' of Yarmouth's opener, 2yo Mandarin Princess, was in fact 3yo stablemate Millie's Kiss. More to follow… pic.twitter.com/nbmK7rpc8l

​But it later emerged the horse which had won was actually Millie's Kiss, a much better racer which was due to run in another race later in the day.

The mistake was only realized after the race and long after most bookmakers had already paid out the winning bets.

The hot favorite, Fyre Cay, came in second and many bookmakers, facing angry punters, later paid out bets as if she had won the race.

WTF — the 'winner' of Yarmouth's opener, 2yo Mandarin Princess, was in fact 3yo stablemate Millie's Kiss. pic.twitter.com/XZce1YxqCS

Trainer Charlie McBride said it was a "genuine, honest mistake" but there is confusion about the failure of microchip technology, which was introduced in 1999 to stop this sort of thing happening.

"They are two brown fillies and if you stood them together I'd be able to tell them apart straight away. I know both fillies but in the heat of the moment I didn't look at the filly," he told the Racing Post.

We're resettling the 1.40 at Yarmouth so if you backed Fyre Cay you win, having already paid out on Mandarin Princess.

​"In the paddock and after the race there were a lot of owners and people to deal with. It never dawned on me it was not the right horse," he explained.

A full investigation has now been launched by the British Horseracing Authority.

"Since we introduced the microchipping identification system an incident such as this is, as far as we are aware, unprecedented," said the BHA in a statement.

"The responsibility lies with the trainer to present and run the correct horse in the race. Having said that, and while we have not seen an incident of this nature in recent times, we will of course determine what steps need to be put in place to prevent it from happening again. We sympathize with the betting operators and betting public who have potentially been affected by this incident," they added.

All racehorses in Britain are microchipped and are checked on arrival at the track but it now looks as if they will have to be checked again, just before the race, to make sure they have not been mixed up

"Punters have enough imponderables to worry about without wondering whether the horse they are backing is actually that horse. It's clear the procedures on identifying runners will need reviewing," journalist and horse racing expert Frank Keogh told Sputnik.

"It's clear the procedures on identifying runners will need reviewing. Meanwhile, it will be interesting to see how 'winner' Mandarin Princess gets on when she finally has her first race," he added.

​There is no suggestion any skullduggery was involved at Yarmouth but the case has echoes of a famous horse swapping scandal from 40 years ago.

In 1977 Mark Gerard, an American vet, bought two horses from Uruguay. One, called Cinzano, was worth US$81,000 and was markedly better than the other, Lebon, which cost only US$1,600.

Gerard then claimed Cinzano had died in an accident on his farm, and claimed US$150,000 in insurance.

A few months later he entered 'Lebon' in a race at Belmont Park racecourse in New York and won $80,000. A Uruguayan journalist noticed that Lebon was actually Cinzano.

Gerard was fined and jailed for a year. He died, in disgrace, in 2011.

Meet Gulliver, the Smallest Horse Ever