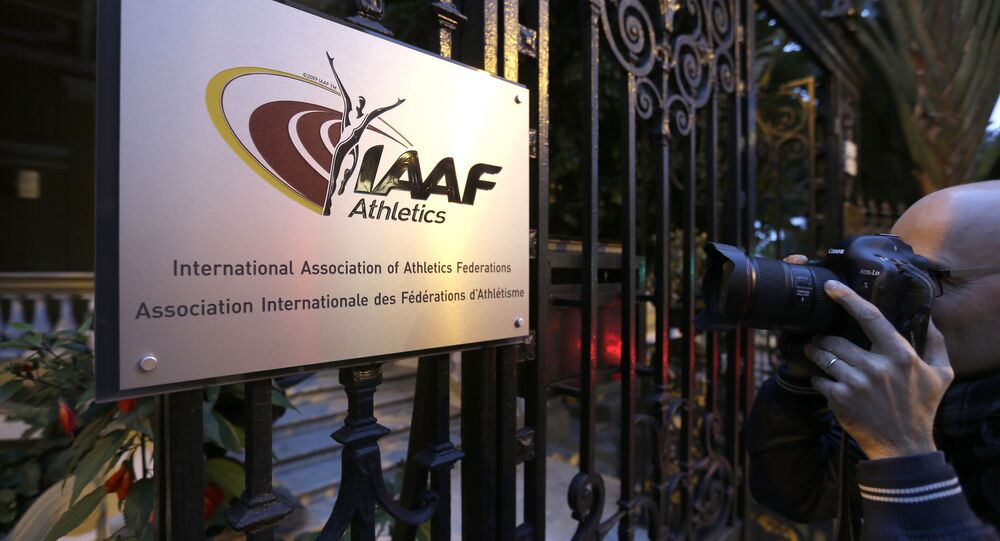 The International Association of Athletics Federations (IAAF) offered apologies to the athletes after their personal and medical data became public as a result of a cyberattack by Fancy Bears hacking group, according to official statement.

© REUTERS / Eric Gaillard/File Photo
IAAF Hit by Cyberattack Compromising Athletes' Data - Statement
MOSCOW (Sputnik) — The International Association of Athletics Federations (IAAF) offered apologies to the athletes whose personal and medical information stored on IAAF servers became public as a result of a cyberattack by a hacking group identified as Fancy Bears, the IAAF said in a statement.

"The IAAF offers its sincerest apologies to the athletes who believed their personal and medical information was secure with us. We will continue to work with cyber incident response (CIR) firm Context Information Security, who identified the Fancy Bear cyber-attack which we announced in April to create a safe environment," the statement issued on Thursday said.

© Photo : Pixabay
Fancy Bears Attempted to Hack Polish Foreign Ministry
The IAAF, nevertheless, stated that no assumptions should be made based upon leaked documents without full evidence, as single data readings of an ABP could not alone constitute evidence of doping.

In April, the IAAF announced it had been hacked by the Fancy Bears group. The hackers were held responsible for stealing the information containing data on the athletes’ TUE document (Therapeutic Use Exemptions). If the drug an athlete is supposed to use to treat an illness or condition happens to fall under the list of banned medications, a TUE may give that athlete the authorization to take the necessary drug without penalty. Therefore, banned substances observed in an athlete’s blood do not necessarily point to doping.

US, Canada Launched Project Ahead of Rio Olympics to Undermine IOC - Fancy Bears