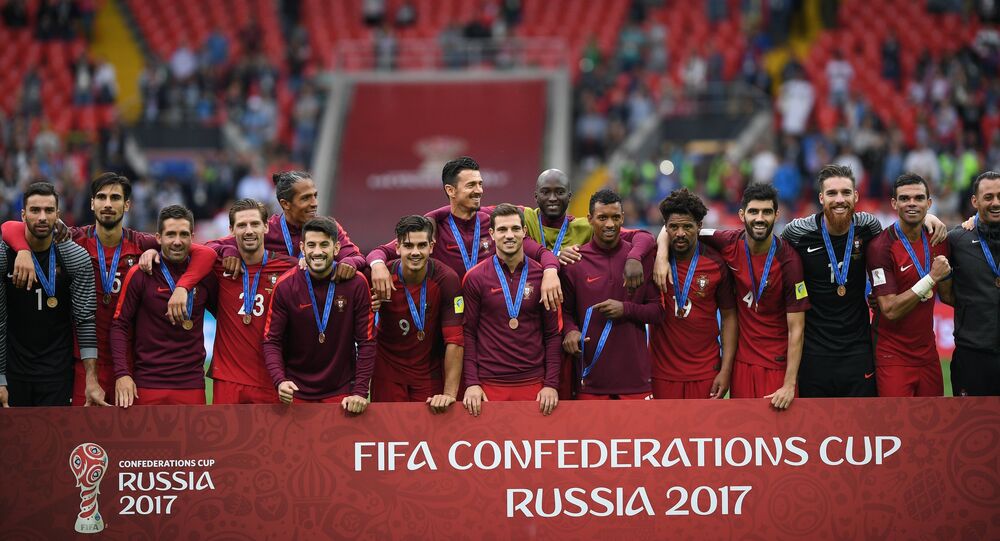 Thousands attended one of Sunday’s two Confederations Cup games in Russia. While some football fans went to see the Germany play Chile at St. Petersburg’s Zenit Arena, others chose Moscow’s Spartak Stadium, where Mexico and Portugal competed for third place.

© Sputnik / Alexei Druzhinin
#ConfederationsCup: 'Russia Ready for World Cup in 2018' – Stan Collymore
For those who went to see the Confederations Cup playoff in the Russian capital, it was a chance to enjoy great football. Both Mexico’s El Tri, and Portugal, which holds the European champions title, are strong teams. So even though both defeated Russia earlier during the Confederations Cup, more than 42,000 Russian fans, as well as small groups of Portuguese and Mexican fans arrived at Moscow’s Spartak Stadium.

Despite the fact that Russia lost to Mexico 2:1 in late June, many Russian football fans wore Mexican colors to the game. Some of them, like Platon Lebedev, who was accompanied by his dad, are quite young.

​Portugal fans were quite confident too, even despite Cristiano Ronaldo leaving the camp earlier to attend to his newborn twins.

Portugal fans taking photos before the game in Moscow. pic.twitter.com/c9IVdhvmJw

​In addition to Moscow's Spartak stadium, the 2017 FIFA Confederations Cup matches were held at three other venues — Fisht in Sochi, Kazan Arena in Kazan and at St. Petersburg's Zenit Arena. For Russia, it was a perfect chance to put its key sporting facilities to the t