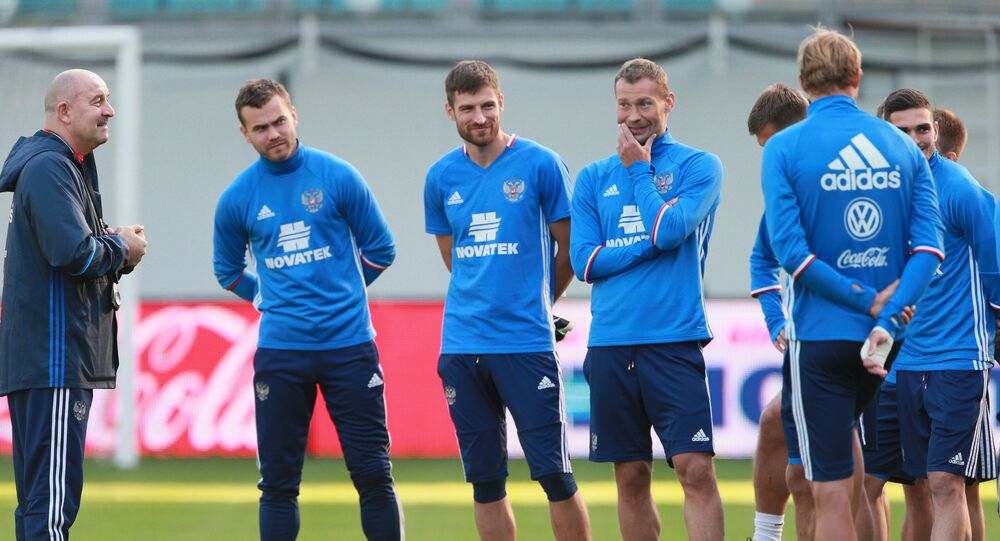 "FIFA has simply confirmed that, in close collaboration with WADA, it is still investigating the allegations involving football players in the so-called McLaren report. However, FIFA did not refer to any particular players, since it cannot comment on the status of ongoing investigations," the spokesperson told R-Sport.

The spokesperson stressed that FIFA was interested in completing the probe as soon as possible.

"As far as the FIFA Confederations Cup is concerned, every participating player has been tested through blood and urine in unannounced controls. Both the results of the unannounced and the post-match tests have been negative so far. Furthermore, all players participating in the 2014 FIFA World Cup – including all members of the Russian squad – underwent pre-competition and post-match tests, all of which resulted negative," the spokesperson added.

© Sputnik / Виталий Белоусов
Russian Football Team Submits 46 Doping Samples During Euro-2016 in France
The spokesperson also noted that the athletes’ samples were taken for analyses to a laboratory accredited by WADA and located in Switzerland’s Lausanne.

According to the spokesperson, all samples taken during the Confederations Cup, held in Russia from June 17 to July 2, proved to be negative.

"We have already opened up in this topic of doping. These accusations are absolute nonsense. The team has been checked and cross-checked in recent years. What is the problem? I do not see any problems here. But this will continue," Mutko told R-Sport.