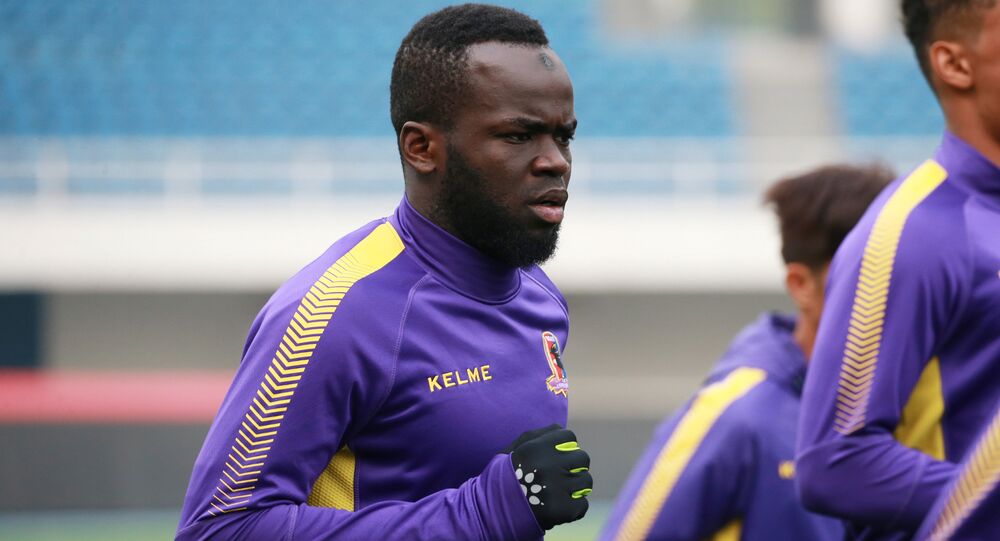 Former Newcastle United midfielder Cheick Tiote has collapsed and died while training with his team in China. He is the latest in a series of footballers who have collapsed while playing or training.

Tiote, who only joined Beijing Enterprises earlier this year, fell ill while training on Monday (June 5) and passed away shortly after.

​He was 30 and was part of the Ivory Coast squad that won the African Cup of Nations in 2015.

In 2012 Fabrice Muamba, of Bolton Wanderers, survived after collapsing in the warm-up shortly before a match live on television at Tottenham. He spent several weeks in hospital and was forced to retire from the game.

Patrick Ekeng, from Cameroon, died while playing for Dynamo Bucharest in the Romanian league last year.

Dr. Steven Cox, chief executive of the British charity Cardiac Risk in the Young (CRY), said: "The risk of cardiac arrest is higher in the African and Afro-Caribbean population but we need more research to find out why that is."

​There have been several studies in the United States. In 2015 the Cedars-Sinai Heart Institute found African-Americans were more than twice as likely to suffer a cardiac arrest than their white counterparts.

The condition is sometimes known as Sudden Death Syndrome and it can strike even the fittest of people, including professional sportsmen and women.

"Twelve fit and healthy young people die each week and 80 per cent of them showed no prior symptoms.

"CRY wants all young people aged 14 to 35 to be cardiac screened. Sport can significantly increase your risk of cardiac arrest if you have an underlying condition," Dr. Cox told Sputnik.

"Screening has been introduced in Italy and they have seen an 89 per cent reduction in young sudden deaths," Dr. Cox added.

He said screening was routine at the top level of many sports, like football and cycling, but was not mandatory in others, like boxing.

Robert Smith, general secretary of the British Boxing Board of Control, said: "Cardiac screening is not currently mandatory for professional boxers but it is something we will be discussing at a medical seminar in a couple of weeks' time.

"But I have been involved in boxing for an awful long time and I cannot recall anyone dying from a heart attack in a British ring."

© Photo : sibkarate.ru
Russian boxer Roman Simakov dies in hospital after collapsing in ring - official
Deaths in boxing, like Russian light heavyweight Roman Simakov in 2011, are more likely to be attributed to head injuries.

The circumstances of Tiote's death have not been made public and it is not known if he was treated with a defibrillator.

"There is a push for making defibrillators more available in Britain because there is a 7-10 percent reduction in the chances of surviving for every minute that a defibrillator is not used. But I can't tell you whether they are common in China," Dr Cox said.

He also criticized the British government for dragging their feet over introducing cardiac screening.