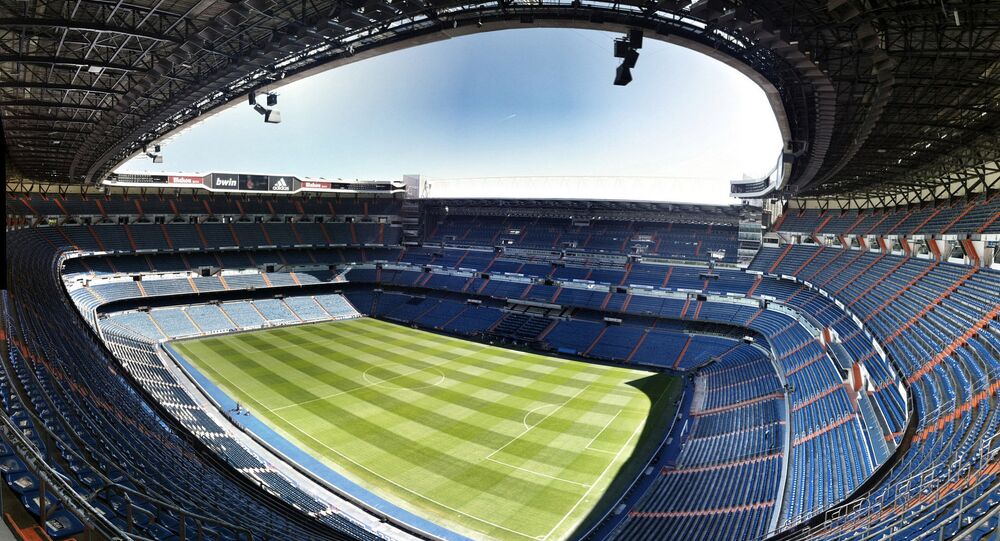 Real Madrid, the world's richest football club and home to stars such as Cristiano Ronaldo and Gareth Bale, are hoping to get the green light next week for a 400 million euro (US$450 million) transformation of their legendary Bernabeu Stadium.

The arena will be given a futuristic chrome-like exterior, which has the added bonus of keeping the noise down for the neighbors.

The new design for the stadium was unveiled by Real Madrid's president Florentino Perez was unveiled in 2014.

The German architects, GMP, produced a video showing breathtaking images of what the new Bernabeu will look like once it is completed.

The existing roof will be peeled off, additional seating added and then a new wraparound exterior will go on top. Perez described it as "beautiful."

The Estadio Santiago Bernabeu, to give it its full name, was built in 1947 but has been considerably upgraded and enlarged over the years and currently has a capacity of 81,000.

It was named after Santiago Bernabeu Yeste, a former player who became manager after the Spanish Civil War.

During the war, he fought on the side of fascist dictator Franco's victorious Nationalists and in the 1950s and 1960s the Generalissimo supported Bernabeu as he built the club into Europe's most formidable team.

© REUTERS / Dylan Martinez
The Battle for Arsenal: Many Fans Want Russian Billionaire to Take Over

They are defending the Champions' League trophy again next week, June 3, when they play Juventus, of Italy, in Cardiff.

On Thursday, May 25, it was reported that Ronaldo faced jail or an eight million euro (US$9 million) fine for tax evasion.

But the club, known as El Blancos (The Whites), have been planning to give their stadium a major 21st century makeover for some time.

First proposed in 2012, the City of Madrid's Commission for Sustainable Urban Development finally approved the "spaceship" design this month and a final ratifying decision is due on May 30. Sports journalist Tom Coast tweeted:

The new Bernabéu looks like a really fancy oyster: pic.twitter.com/1ZiJVhH09j

The US$450 million project will not increase overall capacity but the club will move some offices from the stadium to their Valdebebas sports complex and training ground, freeing up 8,000 square meters.

While some seating will be added, others will be torn out and replaced by corporate boxes.

A parking lot near the Paseo de la Castellana will be closed and turned into a public square where supporters can mingle before and after matches.

But most innovative of all is the roof of the new Bernabeu. It will be designed in such a way that sponsors and advertisers will have their ads beamed around it 24 hours a day and it can also replay video of goals on giant screens, and display scores.