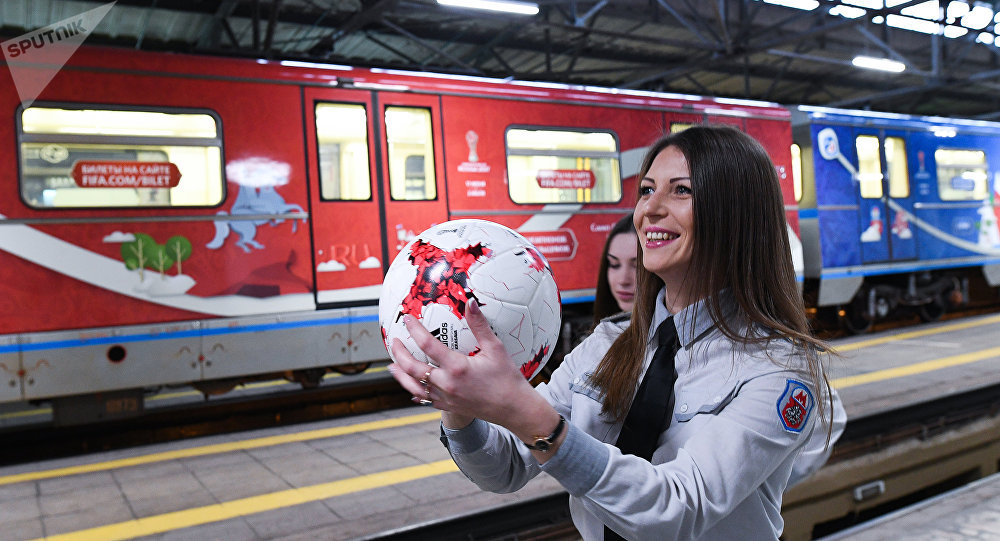 Russia will provide a proper level of security on the streets and in public places during the 2018 FIFA World Cup in the country, Vladimir Markin, the head of the Russian Football Union’s security committee, said Monday.

MOSCOW (Sputnik) — Earlier in the day, Russian President Vladimir Putin, amid preparations for the international football event, signed a federal law that will toughen administrative responsibility for football fans and introduce penalties for gross violations of rules of conduct during sporting events.

"The security on the streets and in other public places of the cities where the matches will be held is going to be provided on a proper level. Not only the law enforcement, but also private security services, volunteers and responsible citizens will make every effort for it," Markin told R-Sport.

The Russian government has also approved new advanced measures for hotels and other accommodation facilities, with the rules applying not only to football fans, but also to athletes, Markin underlined.

© Sputnik / Alexander Vilf
'Blah-Blah-Channel': Russian Football Fans Troll BBC for Its Chiller Diller
According to the new Russian law, the fines for violating a ban on visiting official sport events grew by 50 percent to between 40,000 and 50,000 rubles ($713-892). Foreigners or persons without Russian citizenship may now face 15 days of administrative detention and subsequent deportation, or a fine of up to 50,000 rubles and the ban on attendance of official sporting events for seven years.

The law also stipulates that foreigners may be denied entry into Russia in case of having violated, or intending to violate, the rules of conduct during sports events in Russia or outside the country.